At the end of July 2009, we reported that Rogers Wireless (and Fido) will be launching a large 21Mbps HSPA+ network upgrade. Beginning September 14 2009, that network upgrade is now live in the following Canadian cities:

Throughout the 2010 year, Rogers has plans to expand the new network upgrade to additional Canadian cities.

To put this speed into perspective, AT&T Wireless in the USA just recently announced plans to upgrade its network to 7.2Mbps by 2010. In other words, this HSPA+ network upgrade makes Rogers Wireless (and Fido) the first wireless carrier to offer these speeds in North America (Canada wins again, in North America anyway).

The current network speed for Rogers 3G is up to 7.2Mbps, but as many of you know, the speeds on our iPhonesÂ rarely break 4Mbps. The full HSPA+ upgrade is now live effective September 14, 2009 and is set to deliver speeds ofÂ up to 21Mbps (did you catch that? “up to“), just in time for a possible new iPhone launch in the summer months. These speeds are also similar to what you would expect from higher-tier land-line based internet such as from Shaw, Rogers Cable, Telus High Speed, etc.

The new HSPA+ network blankets the current 3G HSPA network areas and for those areas in Canada where Rogers HSPA+ may not be available, you will still have access to the 3G HSPA network of speeds up to 7.2Mbps.

Can my iPhone have 21Mbps?

While an upgraded network is fantastic, there is currently no iPhone (or any other device except Rogers’ new Internet Stick) that can support 21Mbps. While the current iPhone hardware cannot access 21Mbps, any new iPhones that come out may be able to get close. However in real world tests, it is highly unlikely that any device will be able to achieve the 21Mbps speed.

HSPA+ is not 4G. HSPA+ falls somewhere in between 3G and 4G. Eventually Rogers will achieve 4G or LTE, but at this time HSPA+ is more like 3.75G.

I’m with Fido. What about me?

As mentioned in the opening, considering Rogers owns Fido but Fido only operates a smaller network within urban areas, Fido will also benefit from the 21Mbps HSPA+ upgrade. However, Fido will only benefit in the small urban areas that its current network influence operates in.

In any case, this is your System Access Fees at work. 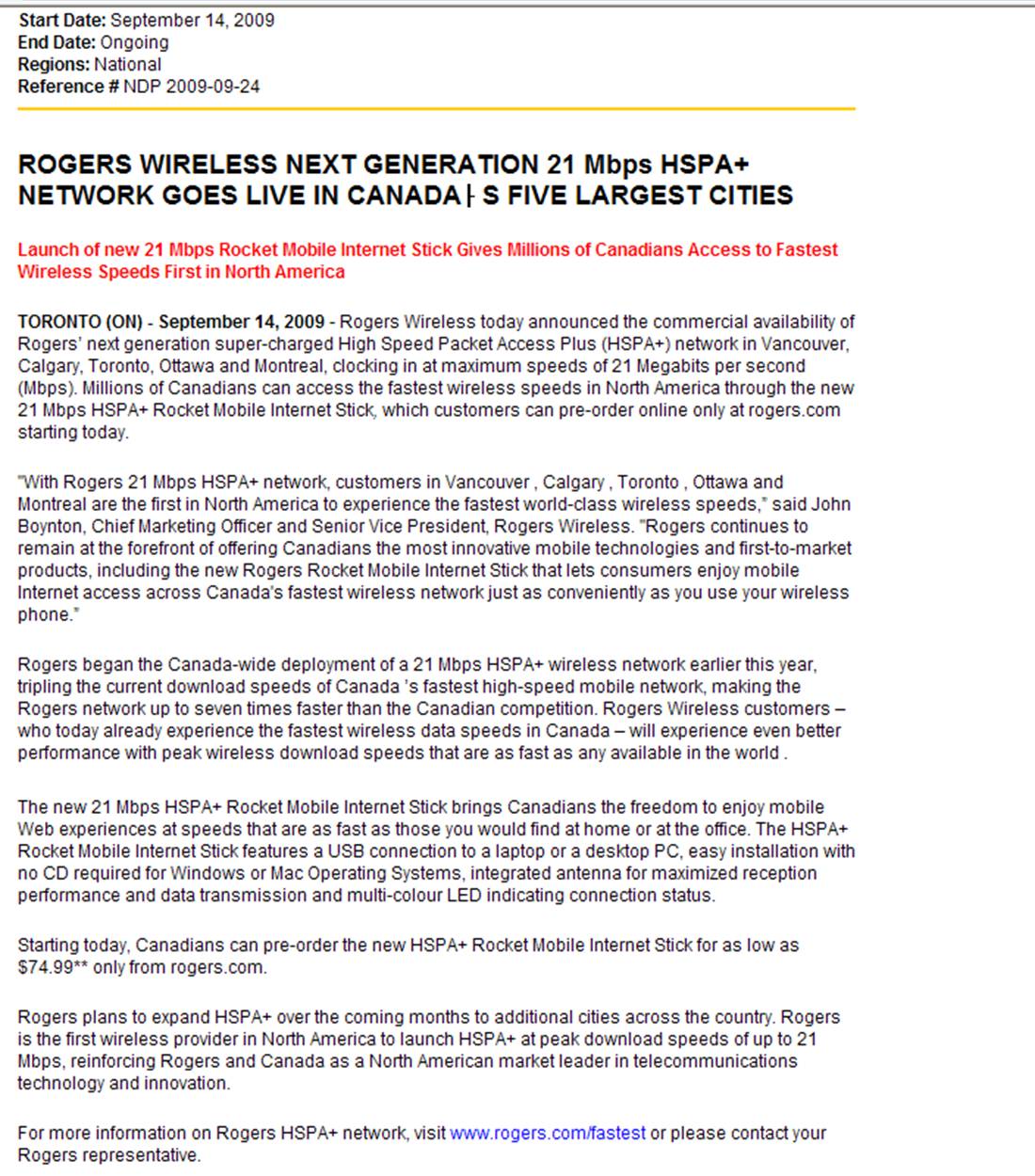