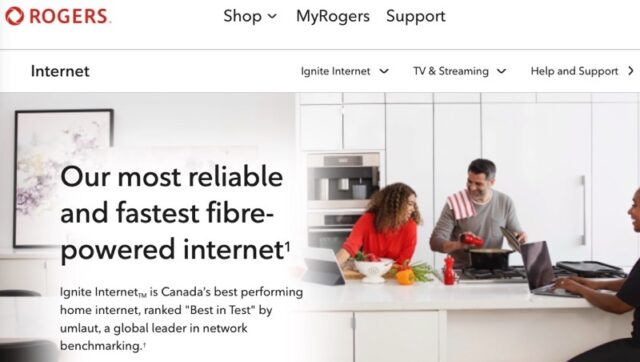 Rogers announced on Wednesday the launch of its 8 Gbps Ignite internet plan, along with a new Wi-Fi 6E modem. Rogers touts it is the “first major provider in Canada to launch a new Wi-Fi modem with Wi-Fi 6E.”

“As part of Our Commitment to Canadians to deliver network reliability and exceptional services, we are investing in cutting-edge technologies to ensure we are providing the best online experience,” said Robert Dépatie, President and Chief Operating Officer, Home & Business, Rogers Communications, in a statement.

“Pushing the boundaries of what is possible is core to Rogers innovation and with the introduction of Wi-Fi 6E along with our premium Ignite Internet with 8 Gbps symmetrical speeds, customers will have access to the world’s most powerful Wi-Fi technology available – the first of any major provider in Canada – and Canada’s fastest Internet speeds,” added Dépatie.

Back in April, Rogers teased it would launch 8 Gbps internet speeds this summer, with a goal to hit 10 Gbps symmetrical download and upload speeds.