Could you soon be purchasing lottery tickets in Ontario—from Rogers? According to The Star, sources say the company has been shortlisted as one of three possible players left to bid on the annual $3.3 billion lottery business from the Ontario Lottery and Gaming Corporation:

Three major players are officially in the high-stakes game to win Ontario’s prized $3.3-billion-a-year lottery business, the Star has learned.

Rogers Communications, the Ontario Teachers’ Pension Plan, and GTECH-Scientific Games are the only qualified bidders in the now-closed auction for Ontario Lottery and Gaming’s lotto, sources say.

It had been thought Rogers’ main telecommunications rival, Bell, may also make a pitch, but the Canadian corporate giant did not enter the bidding before it closed last month.

The OLC wants to sell more lottery tickets but will require updating its existing system. The hopes are to find a private company to take over day to day operations and also implement a new system to reach more buyers, such as those on mobiles.

While rumours claimed rival Bell was in the running, that hasn’t proved to be true. 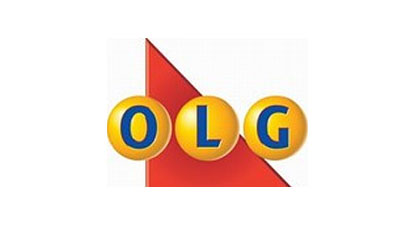 OLG’s lottery business is seen as lucrative given its $3.3 billion in revenue in 2012-2013, which helped generate $883 million in profits.

Despite Rogers being seen as an inexperienced lotto business operator, insiders claim the telecom’s vast network of wireless, internet, and TV customers is seen as a “potential gold mine” for selling lottery tickets to. Sources say if Rogers wins the bid for the lottery, it is expected to partner with an overseas lottery company to run the business.

Ontario Finance Minister Charles Sousa refused to identify or hint at the possible bidders, saying “I’m not going to comment on any of them. The proponents are out there doing their work. They have a year. We’ll make a decision in the fall of 2015 — they’re working closely with the OLG,”

Rogers’ director of communications Allison Fitton said in an email statement: “We don’t respond to rumours or speculation.”

The wireless carrier continues to diversity its investments instead of relying on tradition wireless, internet and cable TV revenue. The company recently signed a landmark $5.2 billion 12-year deal with the NHL for broadcasting rights and debuted its coverage this week. The company also offers the Rogers First Rewards MasterCard, seen as its dive into financial services on top of its NFC mobile payment solutions.

Would you be willing to buy your future lottery tickets—from Rogers?

Rogers-owned Fido is offering a new Black Friday plan only in Quebec, available from Best Buy. According to RFD users, the Best Buy locations in Rosemarie and Vaudreuil are offering up a $25 plan with 15GB data for bring your own phone customers. This plan is actually the $45/15GB plan in Quebec with $20 credit […]
IIC Deals
8 hours ago