Looks like Rogers is set to launch its LTE network in Charlottetown, PEI. Customers in the region have seen their LTE devices such as the iPhone 5 connect to the faster network, a sign an official launch is imminent:

@chriswtburke It went active late last week! Still seems to be some bugs to work out in some areas, but for the most part, it's good to go!

Below is the Rogers coverage map which indicates where LTE is “coming soon”: 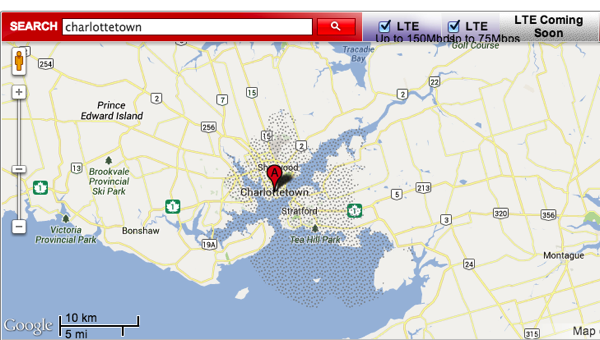 TELUS and Bell launched their LTE network in Charlottetown back in February of this year.

Just last week Rogers expanded its LTE network in Courtenay (and Comox) in BC; Lethbridge, Okotoks and Strathmore in Alberta; and Wolfville in Nova Scotia. Let us know if you’ve suddenly experienced LTE connectivity in your area.

An expert witness hired by Rogers in its ongoing Competition Tribunal hearings against the Competition Bureau testified on Friday that the proposed sale of Shaw-owned Freedom Mobile to Quebecor's Vidéotron will create a "near-national" fourth wireless operator capable of competing with the Big Three (via the Financial Post). Rogers and Shaw have offered to sell...
Nehal Malik
3 hours ago

Rogers-owned Fido is offering a new Black Friday plan only in Quebec, available from Best Buy. According to RFD users, the Best Buy locations in Rosemarie and Vaudreuil are offering up a $25 plan with 15GB data for bring your own phone customers. This plan is actually the $45/15GB plan in Quebec with $20 credit […]
IIC Deals
23 hours ago