Rogers Next was announced back in February as a program to allow smartphone customers to upgrade for $0 after paying a subscription fee, similar to the TELUS T-UP program. As of today, the program has been axed, just seven short months after its launch.

Below is the example Rogers had provided to illustrate how customers on the Next program could benefit: 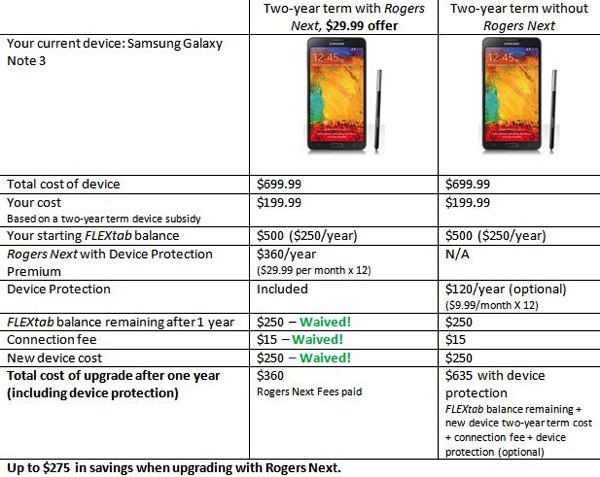 Sources tell MobileSyrup the program has been killed as of today, but existing customers can remain in the program and continue to pay monthly subscription fees until their 12 month upgrade period surfaces.

Why did Rogers decide to end the Next upgrade program? An internal memo reads:

Was the curbing of the program due to lack of popularity? Maybe. But another possible reason is the possibility of CRTC intervention after consumer groups challenged Rogers and TELUS this summer, alleging these upgrade programs violate the Wireless Code of Conduct, since they are essentially non-refundable deposits.

Anyone part of the Rogers Next or TELUS T-Up programs?