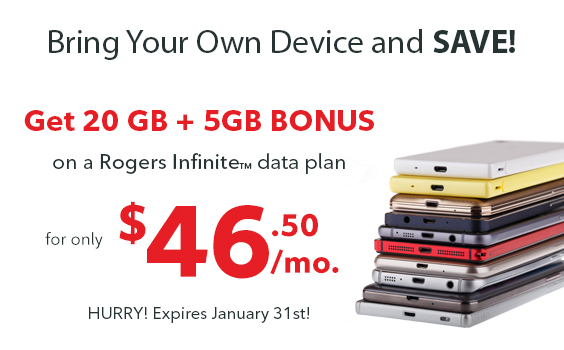 If you’re a DoorDash delivery driver, there’s a promo plan from Rogers right now in the form of a $46.50 plan with 25GB of monthly ‘unlimited’ data.

The promo plan is from Rogers authorized dealer ‘Red Wireless’, which says a $46.50 plan is available with 25GB of data per month. The plan includes a 5GB data bonus and $5/month discount for 24 months.

The authorized dealer’s website, dasherdeals.ca says the plan is eligible for new activations and a $50 setup service fee applies. Dasher verification is also required and a “one-time pricing fee of $50 may apply for existing customers.” It also says existing customers with 6 months or less on their current term plan aren’t eligible for the deal.

Discussion on RFD says the plans also include a $120 phone credit, while phone plus tablet plans include a $170 credit.

There are various iPhones available on contract through the Rogers Upfront Edge program, which offers the option of returning the device after 24 months, or keeping your phone by paying back your upfront savings:

If you’re a DoorDash driver, these plans and phones might be worth looking into. The deals expire on January 31, 2022.

Here are the latest Canadian cellphone plan and device deals, plus other promos from wireless carriers such as Rogers, Telus and Bell, from our partner PlanHub. As always, the promos may change at the last minute, but here they are as of Wednesday, November 30, 2022. Check them out below… Bell Noticeable price changes: Get iPhone 14 […]
IIC Deals
5 days ago