Rogers One Number Appears to Be Phasing Out

Rogers One Number debuted back in late 2011, but now it appears the service may be phasing out, according to changes on the company’s website, which now says sign-ups are no longer available for new users: 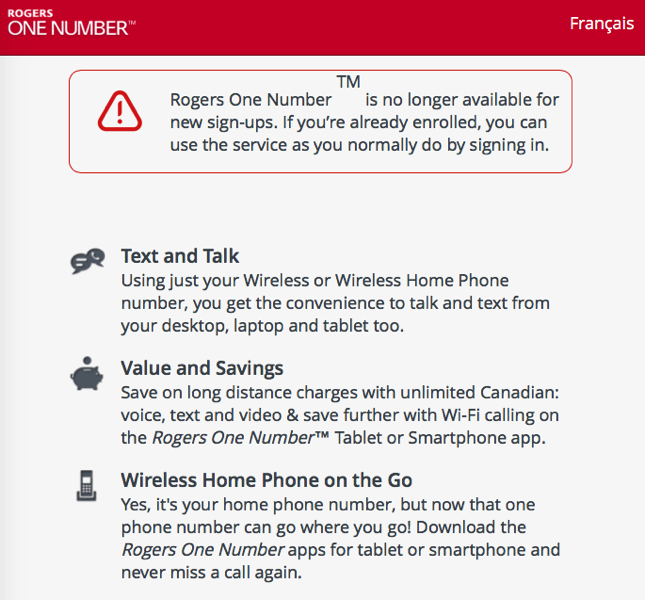 Rogers One Number allowed users to use their wireless or wireless home phone to make free texts and calls over Wi-Fi, in areas with poor cellular reception. The change was spotted by MobileSyrup, which noted Rogers explaining below why the service is no longer taking sign-ups:

Back in 2012, when Rogers used sponsored tweets to promote One Number, the campaign backfired when users turned the #Rogers1Number against the company, as a way to complain about services.

Rogers launched Wi-Fi calling last fall for iPhone users with the release of iOS 9. Based on what Rogers explained above, one would believe One Number is slowly going to be phased out.

Anyone still using Rogers One Number?