Rogers customers can get some discounts on Apple Watch Series 3 LTE models in 38mm and 42mm sizes right now.

Apple Watch Series 3 LTE models in Space Grey Aluminium are available for $270 for the 42mm version and $230 for the 38mm version through Edge Financing 2-year contracts.

Essentially, you’ll need to add a Rogers Infinite Data Plan for $10/month, then pay off the balance of your Apple Watch Series 3 over 24 months. 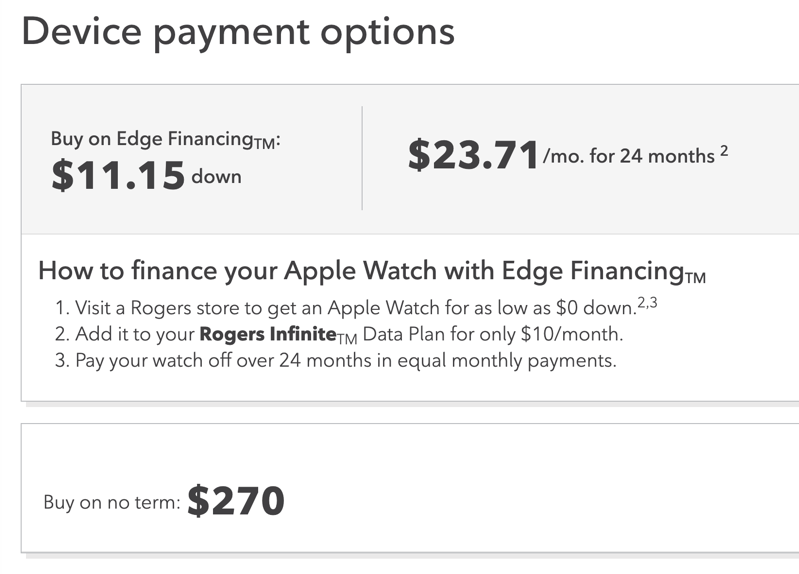 Again, if you’re a Rogers Small Business customer or regular customer, these prices are decent for LTE Series 3 models if you need them for your employees.

Health Canada has approved ECG heart features for Apple Watch Series 4, but Apple has not released the feature yet in Canada, but says it’s coming soon.