Rogers Promo: 50% Off AirPods with iPhone 12 or iPhone 12 Pro When Financing 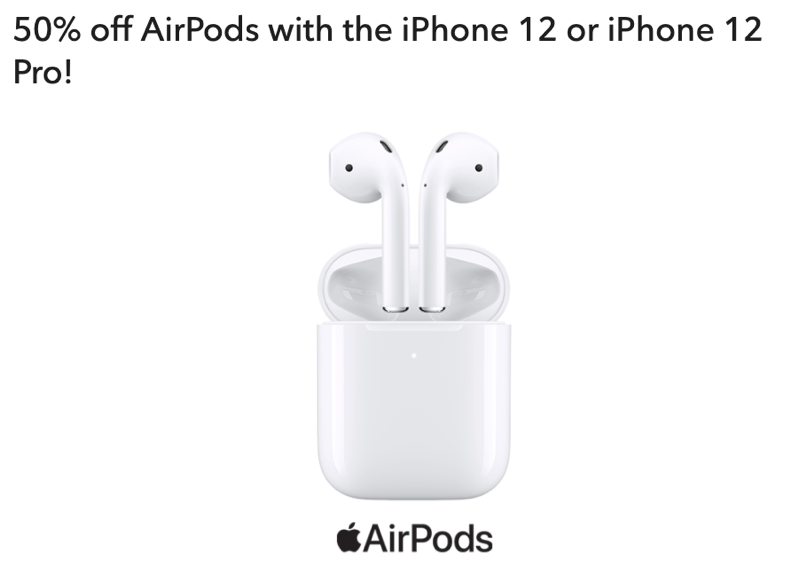 iPhone 12 and iPhone 12 Pro also launched from Canada’s wireless carriers, and a new promo from Rogers is offering 50% off Apple’s AirPods when you finance the new phones with an Infinite plan and the wireless headphones.

Rogers also says the AirPods offer is available in-store and also through its Pro-On-the-Go service where it is offered, according to a spokesperson.

Recently, Rogers launched a 100GB Infinite plan for $175 per month, in what looks to be its biggest plan to date, targeting customers who want to use its 5G network, which it says has “10x more coverage than any other carrier” in Canada.