Rogers Promo: Get Beats Solo Pro for 74% Off with iPhone 11 or Samsung S20 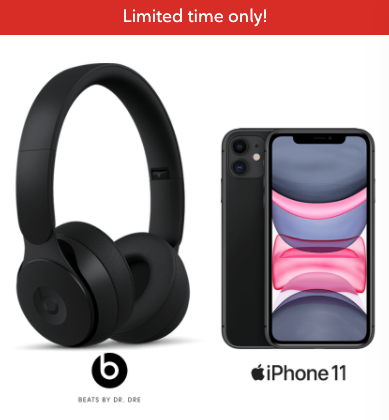 Rogers has a promo right now offering Apple’s Beats Solo Pro wireless headphones for 74% off at $100, if you buy an iPhone 11, iPhone 11 Pro Max or Samsung S20 series smartphone on financing.

Beats Solo Pro headphones include active noise cancellation and are normally priced at $380. The promo saves you 74% off or $280. You will need to buy the Beats Solo Pro on Rogers 0% APR financing, which works out to $4.17 per month for 24 months.

Rogers says this offer is available on Rogers Infinite plans (the $75/20GB plan is still ongoing).

Torontonians and experts are once again calling for Rogers, Bell, and Telus to provide underground cellular service on the Toronto Transit Commission (TTC) subway amid an uptick in violent incidents, including stabbings, armed robberies, and assaults, on the line in recent months — reports CityNews Toronto. In 2012, BAI Communications won a 20-year, $25 million...
Nehal Malik
7 hours ago