Looks like new Rogers customers signing up from June 21st to the 24th are in for a treat–your activation fee will be waived up until midnight on the last day, as noted by MobileSyrup. The activation fee will eventually be credited to your bill. The following plans are ineligible:

Yesterday we told you about the discounted 8GB iPhone 4 from Rogers, now available for $0 on a three year term (they matched a previous Telus offer). With this promo, it makes your iPhone 4 ‘deal’ (note it’s in quotes) even ‘sweeter’ but you have to act quickly. 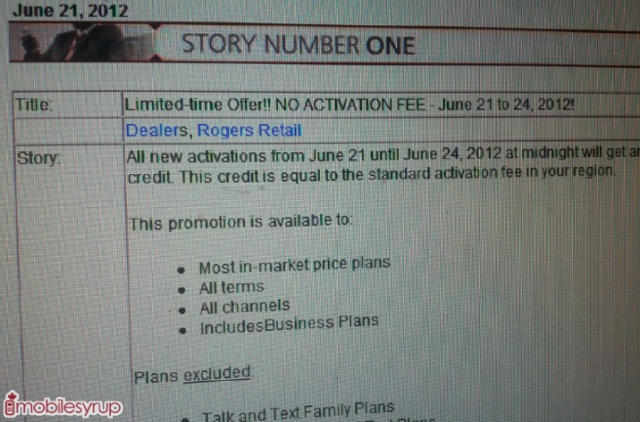 Update 1: looks like Bell and Telus have also waived the activation fee as part of ongoing promos.