Update: Rogers contacted us to say this forwarding has stopped. Let us know if you see these changes.

We just got a tip about a weird change to the way Rogers handles 404 errors over the 3G network. If you’re in Mobile Safari and visit a webpage that is down, you’ll get the following message: 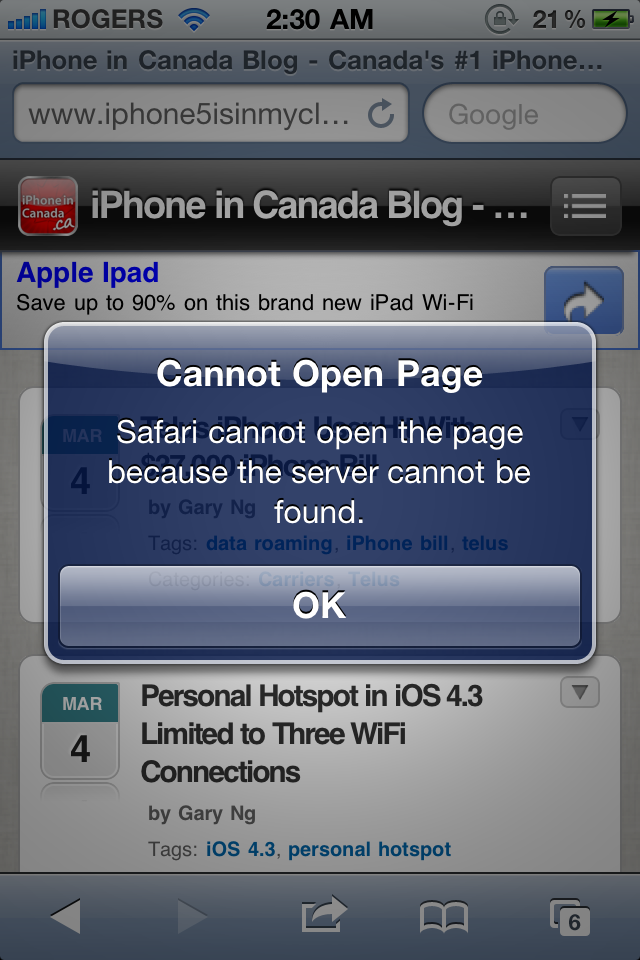 We used to see the above 404, but that has changed. Rogers has quietly redirected all 404 Error Messages over 3G to Ask.com. Why? When users search on Ask.com, Rogers gets a share of ad revenue. Yes, Rogers appears to have found another revenue stream, through the mistakes of iPhone users when they type in the incorrect URL within Mobile Safari: 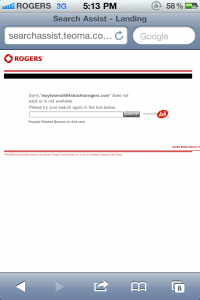 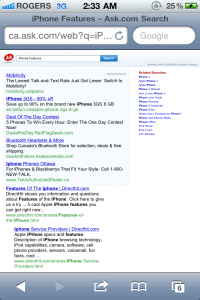 Connections over WiFi don’t change when hit with a 404 error page. The Rogers redirect only happens when you’re connected to 3G.

I don’t know of any other iPhone carrier that does this–please share with us if other worldwide carriers are also redirecting 404 errors to ad-filled search sites like Ask.com.

What do you think of this new change? Yay or nay?

Thanks to Greg for the heads up!

Industry, Science and Technology Minister François-Philippe Champagne wants concrete commitments on cellular service affordability from both Rogers and Quebecor before he approves the transfer of Shaw-owned Freedom Mobile's licences to Vidéotron, which will allow Rogers' proposed $26 billion takeover of Shaw to proceed — reports The Globe and Mail. According to the publication's sources, Minister...
Nehal Malik
14 hours ago