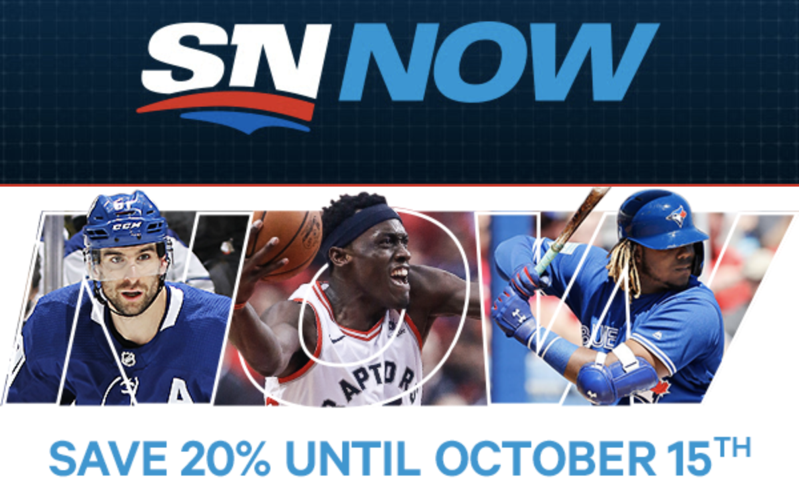 Rogers Sportsnet has launched a sale on its live streaming sports service, SN NOW, offering 20% off until October 15, 2019.

An email to customers explains, “Just in time for puck drop, tip-off and October baseball, Annual Passes are now on sale at 20% off for a limited time!”

Rogers says you can watch blackout-free hockey (that is if they Sportsnet exclusive games), NBA games and more from Sportsnet.

A new feature now offers the replay functionality “across every device, allowing you to watch anything you may have missed over the last 24 hours!”

The sale is available from September 16 to October 15, 2019. SN NOW can be watched from iOS, Apple TV, the web and more.

Rogers's claims that the company overpaid property taxes on its fibre-optic cables for the 2021 tax year by $2.2 million because of a B.C. Assessment error have been rejected by a B.C. judge — reports CTV News. The telecom giant was seeking an order of "mandamus," a legal term for a ruling that would require...
Nehal Malik
2 hours ago