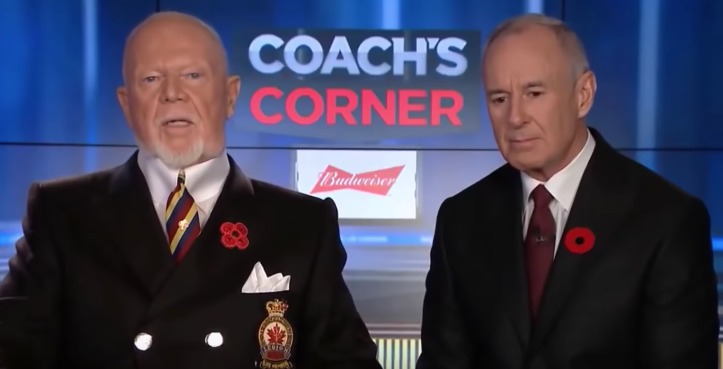 Yesterday on Coach’s Corner, media personality Don Cherry ranted about the lack of support shown by “you people” towards veterans on Remembrance Day.

The fall out was swift to Cherry’s comments and today, Rogers Sportsnet announced the longtime Coach’s Corner co-host had been let go, following intense backlash online.

Bart Yabsley, President, Sportsnet, said in an issued statement, “Sports brings people together – it unites us, not divides us. Following further discussions with Don Cherry after Saturday night’s broadcast, it has been decided it is the right time for him to immediately step down. During the broadcast, he made divisive remarks that do not represent our values or what we stand for.”

“Don is synonymous with hockey and has played an integral role in growing the game over the past 40 years. We would like to thank Don for his contributions to hockey and sports broadcasting in Canada,” concluded Yabsley.

Do you think Cherry should have been fired for his comments?