Rogers to Launch their LTE Rocket Hub on August 2nd

For those looking for mobile LTE internet for your wireless devices, Rogers announced they are set to launch their new LTE Rocket hub starting tomorrow, in which the company is calling a Canadian first. The hub will run on the 2,600 Mhz LTE spectrum, and will allow up to 15 Wi-Fi device connections simultaneously. Since LTE requires a lot of juice, the Rocket hub will require plugging into an electrical outlet.

Typical LTE download speeds will be up to 40 Mbps and for those on the Speed Plus option, a maximum theoretical download speed of 100 Mbps. In areas that aren’t LTE-ready, the unit will fall back automatically to 4G HSPA+ networks. 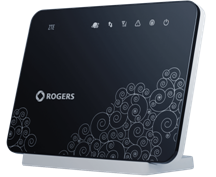 By the end of this year, Rogers notes 35 areas will have access to LTE, covering 60 percent of the population. Last month they released a list of upcoming cities to receive LTE networks in 2012. No word on pricing yet, but stay tuned.

Anyone keen on getting one of these Rocket hubs?