Rogers has launched their Trade-Up program which allows customers to bring in an old smartphone or tablet and get credit towards the purchase of a new device. The program is powered by Clover Wireless, so Rogers is essentially receiving your device on behalf of a third party.

Looking at the list of Apple devices available, various iPhone and iPad models are included. Rogers says quotes are valid for 30 days. 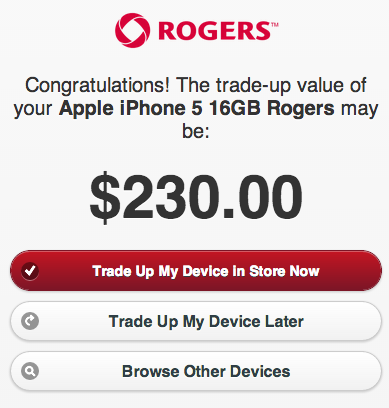 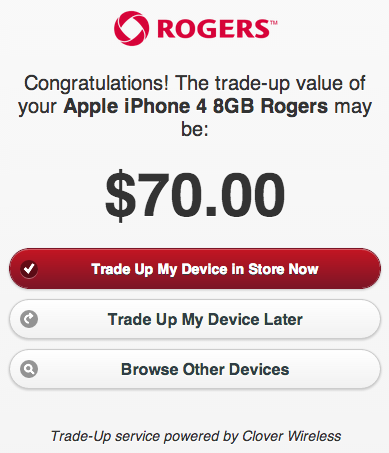 The values start at $60 for the iPhone 4 on various models and goes up to the iPhone 5, where price can depend on capacity.

The program may be worth it to trade in an old non-Apple smartphone that might not be worth much. But iPhones retain their value quite well. You’re better off getting your iPhone factory unlocked by a carrier, then trying your luck on Craigslist, Kijiji or eBay.

For example, right now similar 16GB Rogers iPhone 5 listing on Craigslist are starting at $450 and up, pretty much double of what is being offered by the Trade-Up program. Let us know if you’re going to jump on this program.