When the Canadian carriers finally eliminated the system access fees, most increased all of their price plans by $5.00/month. This was a fair tradeoff since a minimum of $7.45 in fees were reduced, giving users a net overall plan savings of $2.45.

However, Rogers took it one step further by introducing a GRRF (Government Regulatory Recovery Fee) on top of the $5.00 monthly increase. Also note worthy is that this fee has nothing to do with the Canadian Government, despite its name.

In the end, with the GRRF and $5.00 monthly fee increase, plans ended up being about $0.13 more expensive (higher in some provinces) with Rogers.

At that time, in late 2009, the GRRF for voice or voice and data plans was as follows:

About a year later, showing just how useless this fee is, Rogers saw fit to decrease (or increase in some cases) the fee to the following:

Effective May 3 2011, Rogers has again reduced (or increased in some cases), but not eliminated, the GRRF: 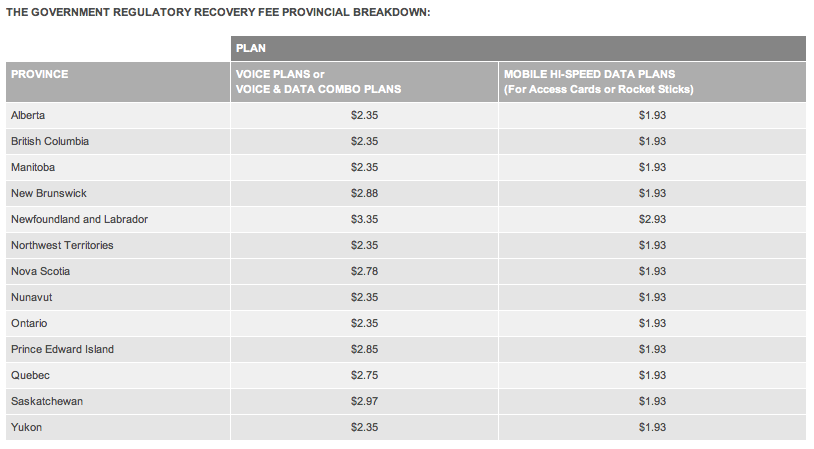 The evidentiary portion of the Competition Bureau's federal Competition Tribunal hearing against Rogers and Shaw over their proposed $26 billion merger came to a close on Thursday, following 18 days of testimony, parades of witnesses, and strenuous cross-examination (via The Globe and Mail). Oral arguments from the two sides are scheduled for December 13 and...
Nehal Malik
6 mins ago