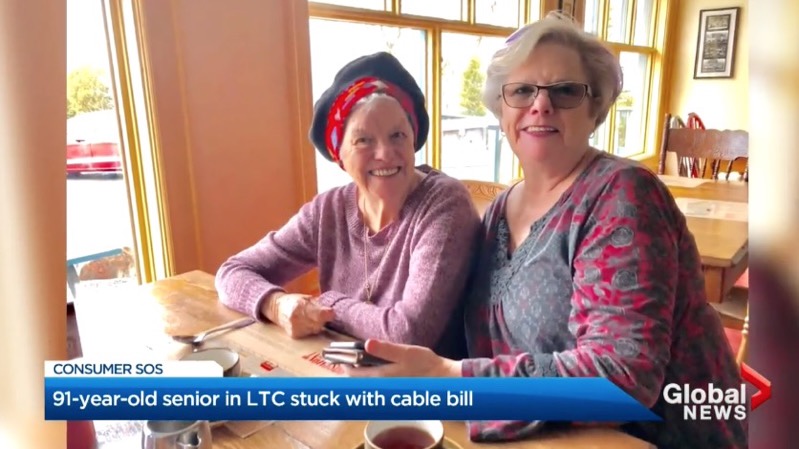 Brenda Patton finally got Rogers to waive her aging mother’s Rogers cable bill, after reaching out to Global News.

Patton’s mother, Gladys Meffen, is 91-years old and resides in a long-term care home in Shelburne, Ontario. The senior suffers from dementia and recently had a fall. Subsequently, Patton then cancelled her mom’s Rogers cable TV and phone services for safety reasons.

But due to COVID-19, neither Rogers nor Patton could go inside the care home to retrieve the cable TV equipment.

In April, Patton says she reinstated Rogers services for her mother, but realized it actually wasn’t working at the care home. They soon found out the Rogers billing system had kept billing since last August, even though TV equipment was returned.

Patton says she reached out to the Rogers president and was offered a 50% off discount on the $1,183 bill. It was at this point she contacted Global News, who contacted Rogers about the situation. The telecom agreed to waive the nearly $1,200 bill.

“We want to be there for our customers when they need us most, said Eric Agius, Rogers Chief Customer Officer, noting they would “use this experience” to improve customer experience.

Patton’s husband questioned whether other seniors are getting billing errors during COVID-19 from other telecoms.