This week, select Rogers and Fido store locations have started to receive microSIM cards for the iPhone 4.

While many Rogers locations already have microSIM cards for the iPad, those SIM cards are “preactivated” and cannot be used with the iPhone 4.

The Rogers/Fido stores that have received the microSIM cards are selling them at $10.00/card. This is useful for users who may have already purchased their iPhone 4 unlocked from the UK (for example) and are traveling to Canada.

For Canadians, when you purchase your iPhone 4, you will receive one microSIM card for free and any additional SIM cards will be charged at $10.00/SIM.

For those Rogers/Fido locations that have not received their microSIM cards yet, the internal company ordering process for the microSIM cards is open. In other words, those stores can begin to order their SIM’s. 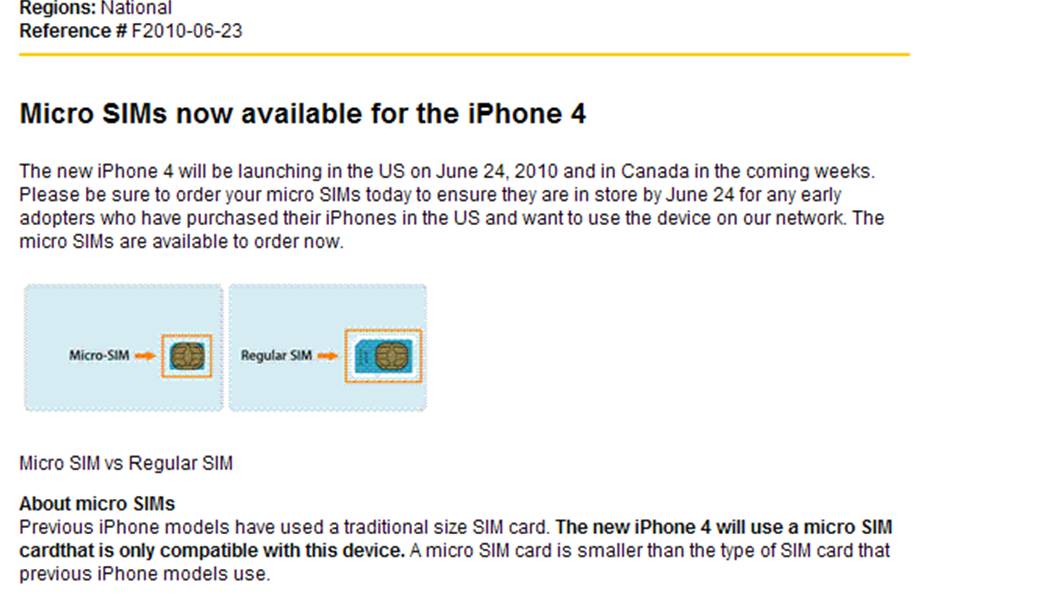