Stock is finally under control. Phew.

When the iPhone 3GS was released on June 19, 2009, it took about 2 weeks for Rogers/Fido to sell through their entire supply (popular device or just bad inventory control?). This left thousands of people who ordered their iPhone 3GS through the Rogers website or over the phone without a device on launch day. In many cases, the lack of stock even left many buyers without a device for over a month since launch day!

Well, things are finally under control.

By the second week of July, some Rogers/Fido stores nationally had received stock of the iPhone 3GS, only to have it sell out as soon as it arrived. This however did not help the thousands of unfilled web and phone orders. Apple stores on the other hand were fully stocked!

Well, it came a little later than anticipated, but Rogers/Fido have finally began to fill their web and phone orders. They also both extended their hardware upgrade policies for the iPhone 3GS and their $30 6GB Data Plan offering.

For people that ordered their iPhone 3GS on or before June 19, 2009, most of those orders have been filled starting in the second/third weeks of July. For people who ordered after June 19, 2009 and still do not have their device, those orders are being filled from the end of July to the first week of August and onward. It is a real shame that Rogers/Fido could not get their act together with stock levels, simply adding it to the list ofÂ other problems.

At the store level, over 85% of Rogers/Fido stores are fully stocked with the iPhone 3GS and more stock is arriving later this week.

If you have ordered your iPhone 3GS over the phone or through the web from Rogers/Fido, your order should be filled soon and your confirmation email on its way. For those that have not ordered an iPhone 3GS and are planning to get one, at this time you probably have a better chance at securing a device by going in store to Rogers/Fido or visiting an Apple Store. In either case, Rogers/Fido have a temporary “Limit 2 iPhone 3GS per account” restriction up until all stores are stocked and all backlogged phone/web orders have been filled.

On the other hand, the iPhone 3G at $99 is fully stocked everywhere. 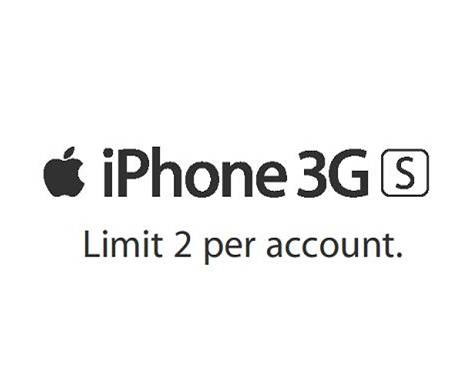