The Apple press conference on Friday July 16, among addressing the iPhone 4 reception issue, also announced the July 30, 2010 release date for the iPhone 4 in Canada.

Bell was the first Canadian wireless carrier to get their iPhone 4 July 30 splash page up which indicated that Bell was going to be carrying the iPhone 4 (obviously).

Now, Rogers/Fido have posted internal notices that the iPhone 4 is coming soon. The notices indicate that more information will be released when available and in the meantime, to refer customers to the Fido or Rogers iPhone pages.

I particularly like the last line in each posting:

“Until you receive official information, please do not speculate with customers on launch dates or pricing.”

I guess it is not good enough for Rogers/Fido to tell customers the iPhone 4 is coming July 30, 2010, even when Apple CEO Steve Jobs says so. 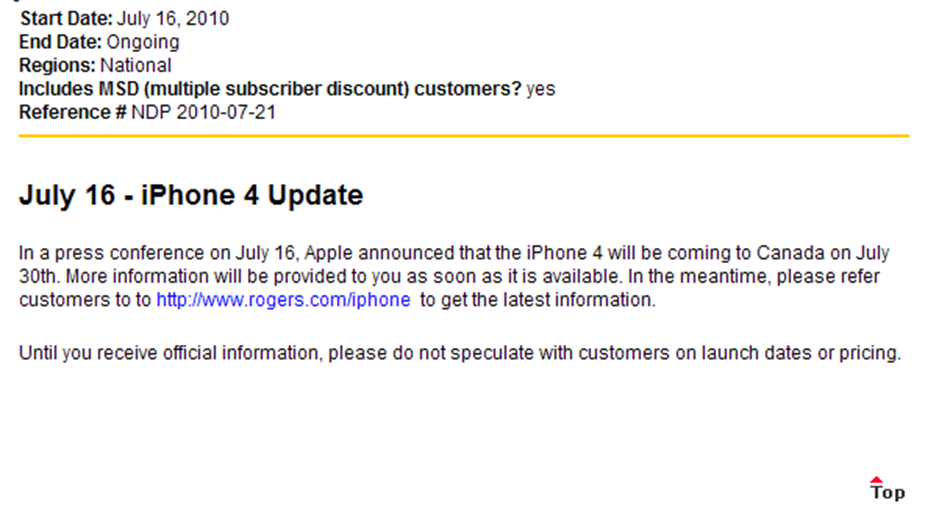