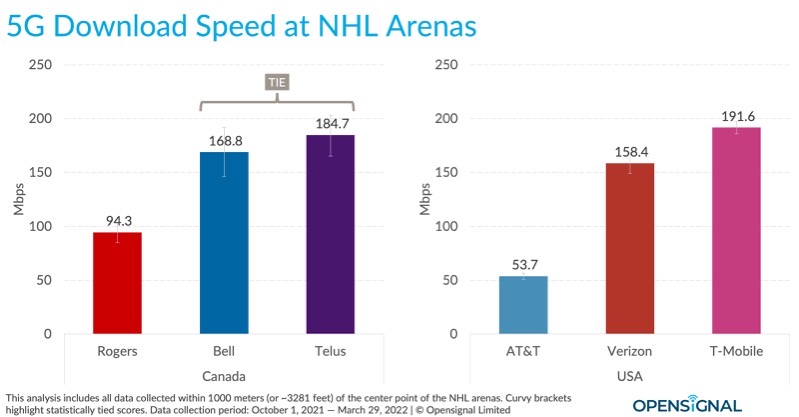 Opensignal released a report analyzing 5G mobile experiences at NHL arenas in Canada and the USA, revealing where the fastest download speeds are and other factors such as “mobile experience”.

Despite 5G marketing touted by Canadian telcos, the fastest 5G download speeds at NHL arenas are found in the USA. Opensignal says it measured the experience from all 7 Canadian NHL arenas and 25 U.S. arenas for its data.

In Canada, Telus and Bell were statistically tied for first place, with speeds of 184.7 Mbps download and 168.8 Mbps download respectively. Rogers was well far back at 94.3 Mbps 5G download speeds. 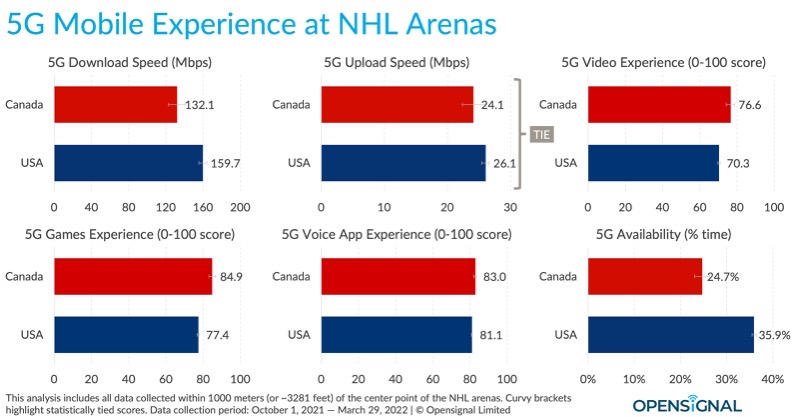 “In regards to speeds, while our Canadian users on average saw the fastest overall download and upload speeds, it was our U.S. users who on average enjoyed the fastest 5G Download Speed — although our data also shows that users’ experience varied depending on their choice of carrier,” concluded Opensignal’s Francesco Rizzato.