With the 6GB/$30 plan ending next month on February 6th, Rogers has launched a new ‘Unlimited Value’ plan they think will make the perfect pairing for customers as ‘a perfect way to start 2012’. 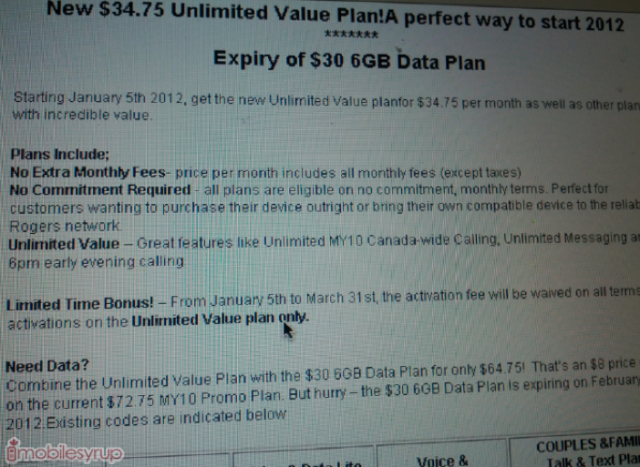 Rogers notes pairing this with the $30/6GB data plan brings the total to $64.75 monthly, an apparent $8 savings compared to their current $72.75 MY10 Promo Plan. The plan does not include caller ID or voicemail, and when totalled it appears to be really close to the existing Telus and Bell $70 promo plans. You might be better off negotiating a deal with the Retentions Department if you can.