Rogers to Rebrand The Score to Sportsnet 360 on July 1 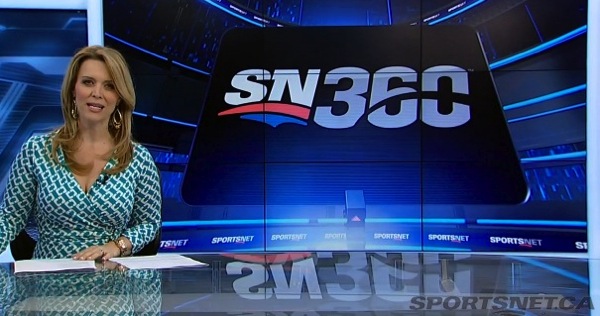 Last August Rogers Media acquired The Score TV network for $167 million and this morning the former announced the latter will be rebranded to Sportsnet 360, with the full transition to take place on July 1. Sportsnet 360 will have a new logo, animation package, and an enhanced ticker to combine elements of Sportsnet and The Score brand.

“All of the things that viewers of The Score have come to know and love will not change,” said Scott Moore, President of Broadcast, Rogers Media. “Sportsnet 360 will continue to offer the hard core sports fan highlights, stats, and scores across the broadest range of sports, but on a much larger scale. We’ll deliver a vast breadth of premium sports content in a fast-paced, energetic and entertaining manner – and the new name, logo and animation will embody this.”

Sportsnet 360 is the home of exclusive content in Canada, including WWE, FIBA basketball, and the Vanier Cup.

Earlier today, theScore for iOS was updated with Player Alerts; Rogers owns a 10% equity in the latter, which the investment was reflected in a previous redesign of the Sportsnet iOS app.

The evidentiary portion of the Competition Bureau's federal Competition Tribunal hearing against Rogers and Shaw over their proposed $26 billion merger came to a close on Thursday, following 18 days of testimony, parades of witnesses, and strenuous cross-examination (via The Globe and Mail). Oral arguments from the two sides are scheduled for December 13 and...
Nehal Malik
17 hours ago