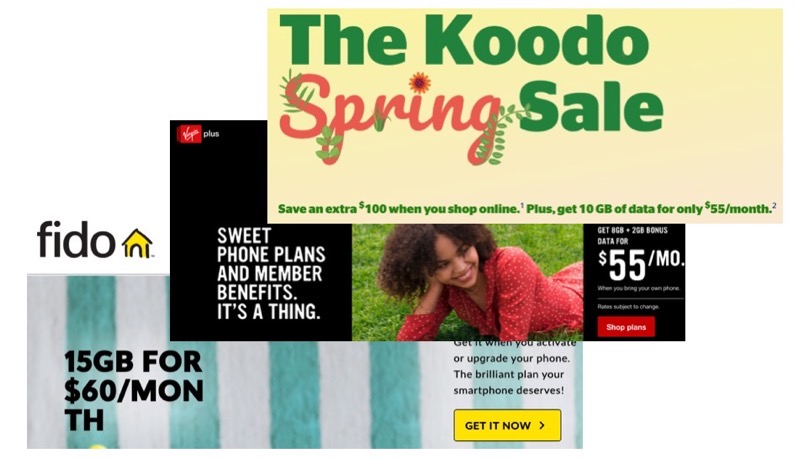 Rogers, Telus and Bell frequently tweak their wireless plan prices, and recently we saw their ‘unlimited’ plans change in price, yet again.

Looking at the flanker brands of these ‘Big 3’ wireless companies, plan changes have also spilled over to Fido (Rogers), Koodo (Telus) and Virgin Plus (Bell).

Looking at our high-tech spreadsheet below, you can see the price changes to plans from February 18 versus today, March 10, 2022, for bring your own device (BYOD):

In a nutshell, you can find the changes below for each wireless carrier…

All three websites from Fido, Koodo and Virgin Plus are pushing the $55/10GB promo plan or $60/15GB plan.

Not sure if anyone is noticing a pattern here, but it seems for the most part pricing remains the same across flanker brands.

If you’re on a BYOD plan that is not as good as the ones listed above, you should try calling in to make the switch. Now about those data overages charges…