Yale, Weiser Smart Door Locks on Sale for 50% Off From Rogers Online

If you’re in the market for a smart door lock, Rogers is offering 50% off select models from Yale and Weiser from their Smart Home Monitoring website. RedFlagDeals forum members note these can be ordered by non-customers. 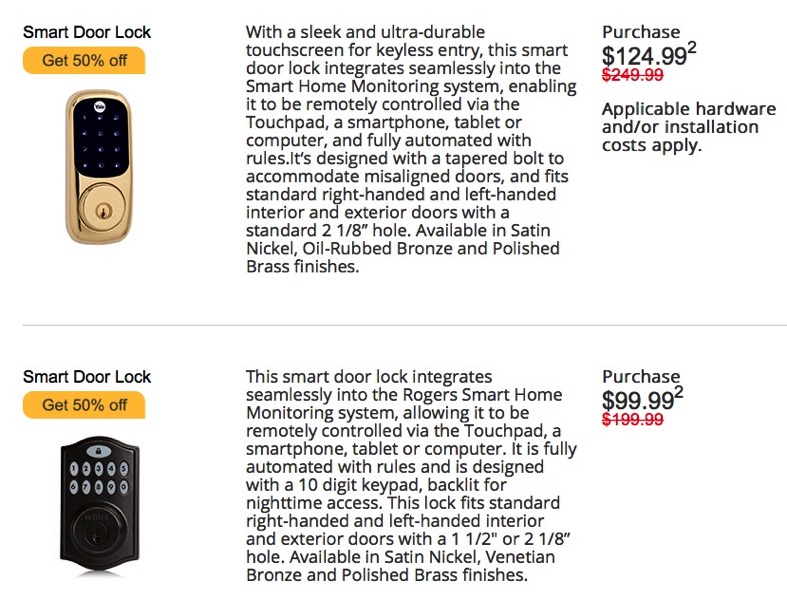 The Weiser model sells at Best Buy for $199.99, so you could also try price matching there and get one locally instead.