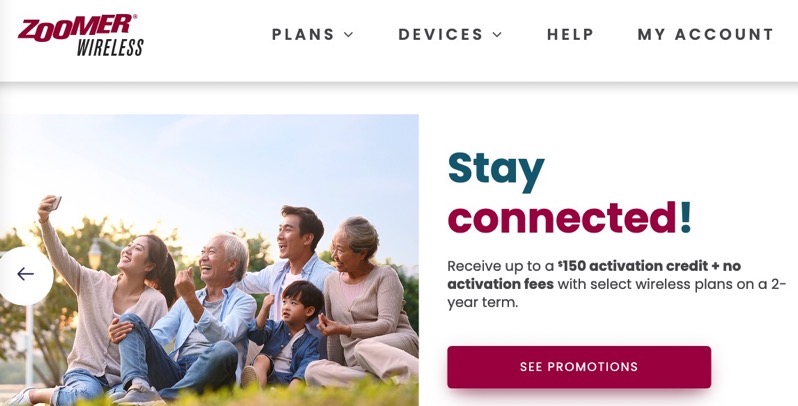 Zoomer Wireless is run by Cityfone, with the latter a subsidiary of Rogers and running on the telecom’s LTE network. Back in May, customers were alerted their U.S. roaming access would end, due to AT&T and T-Mobile shutting down their 3G/HSPA networks on July 1, 2022.

Fast forward to the fall, ahead of the season when ‘snowbirds’ head down south for the winter, many Zoomer Wireless customers are frustrated at no U.S. roaming alternatives being offered. They can’t even call 9-1-1 while down in the U.S. now.

Zoomer says in their FAQ, despite some customers paying for a plan that has U.S. roaming, the company says they alerted customers well in advance of the impending change, and they need to choose new wireless plans.

“As of July 1, 2022, all major U.S. carriers will permanently shut down their 3G/HSPA wireless network service within the U.S. (including Puerto Rico and the U.S. Virgin Islands). If you’re still roaming in the U.S., starting on July 1, 2022, you will no longer be able to use wireless roaming services (including Emergency 9-1-1). Please note, there is no impact to your service while in Canada,” explained Zoomer.

“ALL customers will no longer be able to use wireless roaming services, such as wireless calls (including 911 calls), send or receive text messages or use cellular data while in the U.S. (including Puerto Rico and the U.S. Virgin Islands),” added the wireless carrier.

This weekend, Zoomer sent out text messages to some customers that they are getting a 3GB data bonus for free, as a “Thanks for being a loyal Zoomer Wireless customer.” The free 3GB/month data bonus only lasts for 12 months. It seems like a way to keep customers around, instead of jumping ship due to the lack of U.S. roaming.

If you haven’t been paying attention to your emails from Zoomer Wireless, and you have a trip to the U.S. soon for the winter, be aware that you won’t have U.S. roaming available and you’ll need to pick up a local SIM card for calling. You can always use a local SIM for calling and if your iPhone supports eSIM, you can buy data from services such as Airalo, to leverage data-based calls and messaging.​