Normally selling for $159 on a 3-year term, the device is now available for $59, effectively giving customers $100 off.

Buy an iPhone 4 16GB on a 3 year voice and data contract and get a $100 activation credit on your next wireless bill. That’s a new iPhone for only $59!

Plus, pay no activation fee. 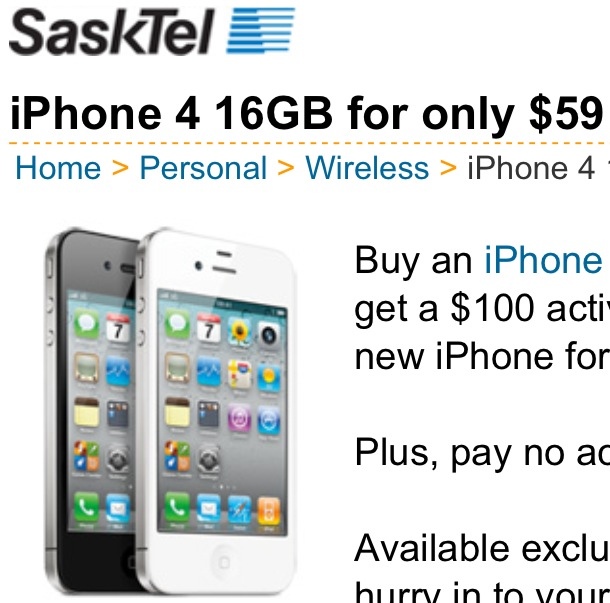 Is this sign of another carrier clearing stock in preparation for the iPhone 5? Maybe so, but this SaskTel exclusive ends September 30, 2011.

Darren Entwistle, President and CEO of Telus, wants Ottawa to relax foreign-ownership rules for large telecommunications companies — reports The Globe and Mail. Entwistle has asked the same of the federal government in the past, but he is now renewing his argument as the Canadian telecom scene goes through a new wave of consolidation with...
Nehal Malik
21 hours ago