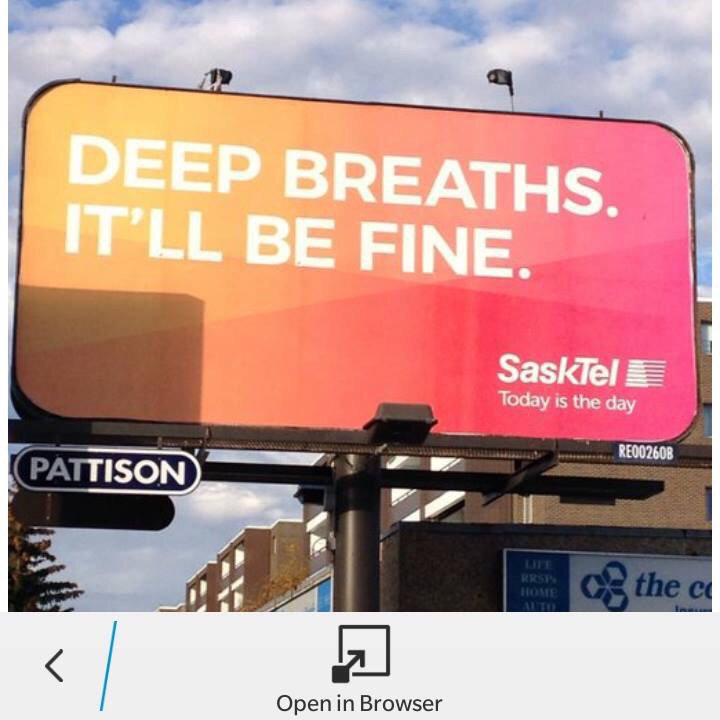 SaskTel’s new ad campaign has raised eyebrows, especially as they appeared in the middle of the privatisation debate (via CBC News).

Still, the billboard campaign reading, “Deep Breaths. It’ll be fine” should not be considered a political message, according to the company. But the timing of the ads is somewhat odd, especially as premier Brad Wall was recently accused of planning the privatisation of SaskTel, the only publicly owned telecom company in Canada.

Wall’s party has introduced legislation defining what “privatize” means, opening the possibility of selling up to 49% of the corporations owned by Crown Investment Corp., a holding company that owns SaskTel, as well as other companies.

Marketing and communications specialist Tammy Robert, as cited by CBC News, said that it’s easy to see why the new billboards had such reactions:

“It could be perceived as disrespecting the very real concerns that I think Saskatchewan residents still have over private investment in their Crowns,” Robert said.

Despite underscoring that these ads shouldn’t be considered a political message, SaskTel is taking the billboards down.