SaskTel announced it would launch iPhone 5s and iPhone 5c sales on October 1 back in late September. The launch resulted in limited stock of both models at at launch with SaskTel not even listing availability online.

That has changed as SaskTel now shows the iPhone 5c in both 16 GB and 32 GB capacities are available online, but the iPhone 5s still remains out of stock: 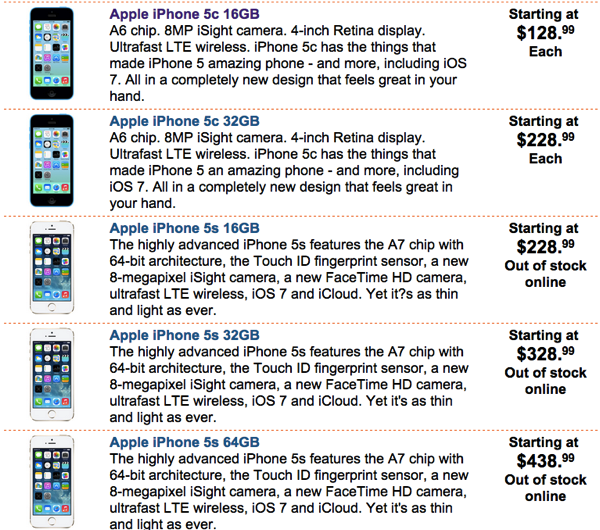 Two year term contracts start at $128.99 and $228.99 for 16 GB and 32 GB iPhone 5c models. These contract prices are in line with what other Canadian carriers are charging for the iPhone 5c and iPhone 5s. Were you able to buy our iPhone model of choice from SaskTel?