SaskTel has announced this evening its 4G LTE network is now live in Moose Jaw.

“Our LTE network has twice the coverage and is up to 33 per cent faster than any other LTE network in Saskatchewan”, said Ron Styles, President and CEO of SaskTel, “And we are the first company in Canada to offer LTE roaming across Canada.”

LTE coverage maps have not been updated, but you get the picture: 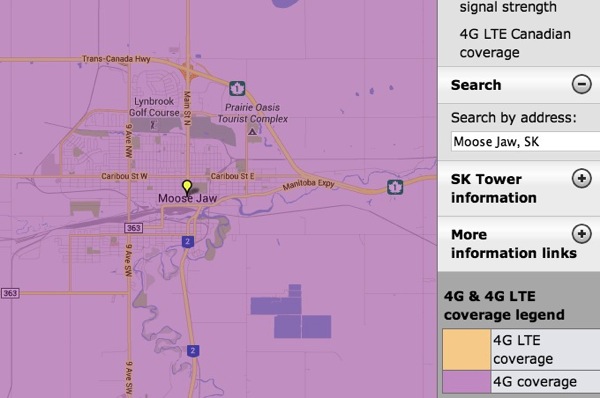 The company notes its LTE network will expand to Estevan, Prince Albert, North Battleford, Swift Current and Yorkton throughout this year. Let us know how those LTE speeds are!