Looks like iPhone price drops are coming across the board as price drops have also reached regional carriers. SaskTel and Videotron both have lowered entry iPhone 5s models to $99 and iPhone 5c models to $0 on contract. 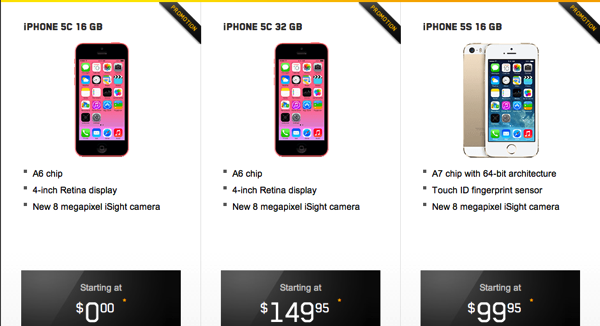 MTS has lowered the entry iPhone 5s to $149 and the iPhone 5c to $49 on contract, which doesn’t quite fully match the discounts we’re seeing across all carriers.

Apple is set to announce the iPhone 6 on September 9, so you should not upgrade until after the announcement, where we might see price drops of existing iPhone models, like we’ve seen in the past.