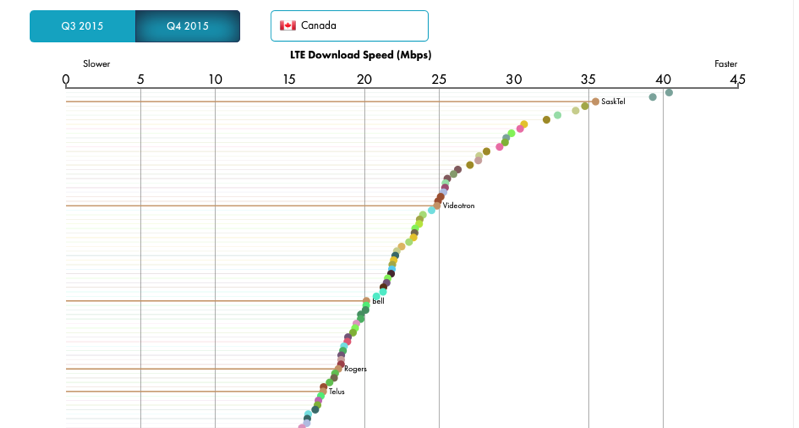 In the six years since the first LTE network was deployed, OpenSignal has been closely following its progress. Now that 148 countries have LTE deployed and another 10 are already scheduled, let’s have a look how Canada’s carriers performed during the fourth quarter of 2015 in terms of network speed.

If you are expecting to see any of the Big 3 at the top of the list, well, you’ll have to wait a bit more longer, as the fastest network with LTE in Canada belongs to SaskTel, with an average of 35 Mbps, according to OpenSignal’s State of LTE Q4 2015 report emailed to iPhone in Canada. The verdict comes after crunching through data provided by 357,924 global OpenSignal LTE users who contributed data between October 1 and December 31 of last year.

The crown for delivering the best coverage and network performance goes to Singapore, which has become the country with the fastest LTE network, as SingTel delivers 40 Mbps, and StarHub (another carrier from Singapore), 39 Mbps. Another noteworthy performer is South Korea, which got the country with best coverage, thanks to its 97% time on LTE.

When it comes to average speed comparison by country, Canada ranks #15, just below Norway, with an average LTE download speed of 19 Mbps. However, when we look at the carriers separately, OpenSignal points to SaskTel as the clear winner (#3 globally): The carrier’s average download speed is 35 Mbps, which compares to Videotron (25 Mbps, #26 globally), Bell (20 Mbps, #47 globally), Rogers (18 Mbps, #62 globally), and Telus (17 Mbps, #67 globally).

You may find other interesting tidbits by reading OpenSignal’s comprehensive report here. 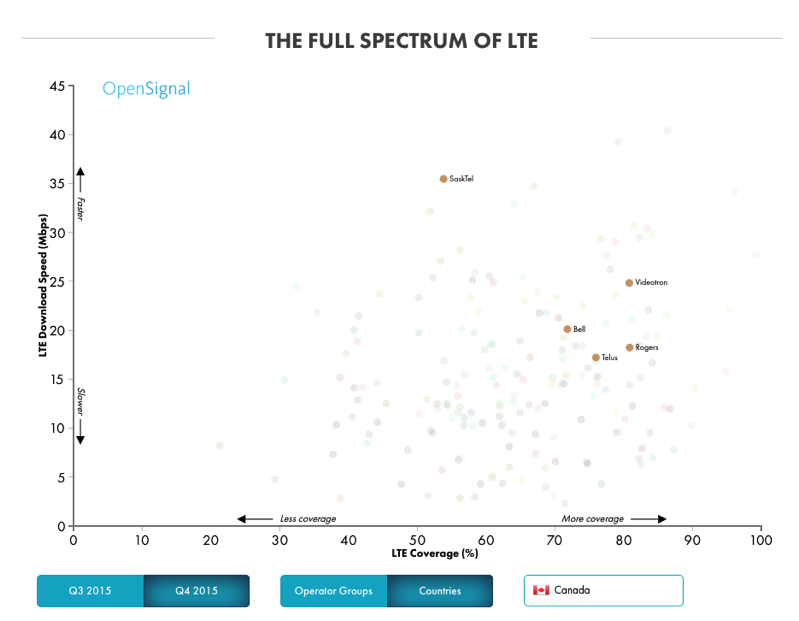 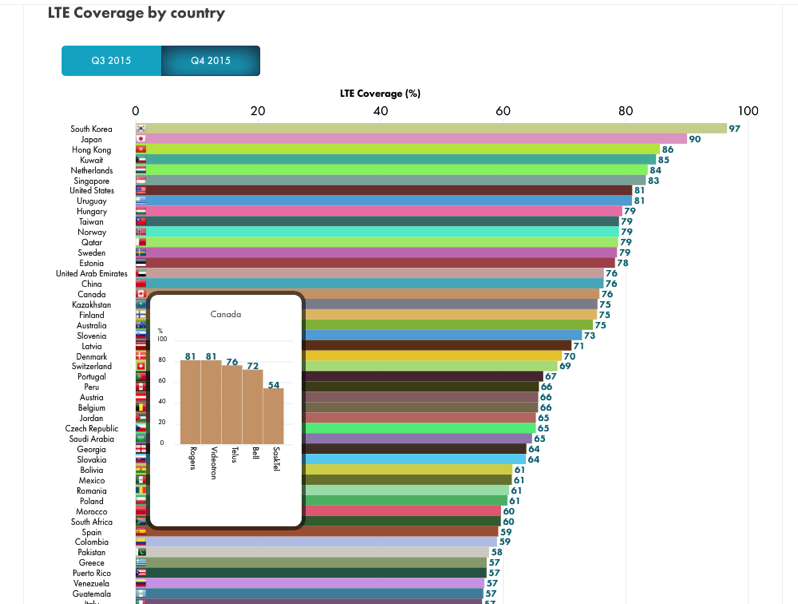 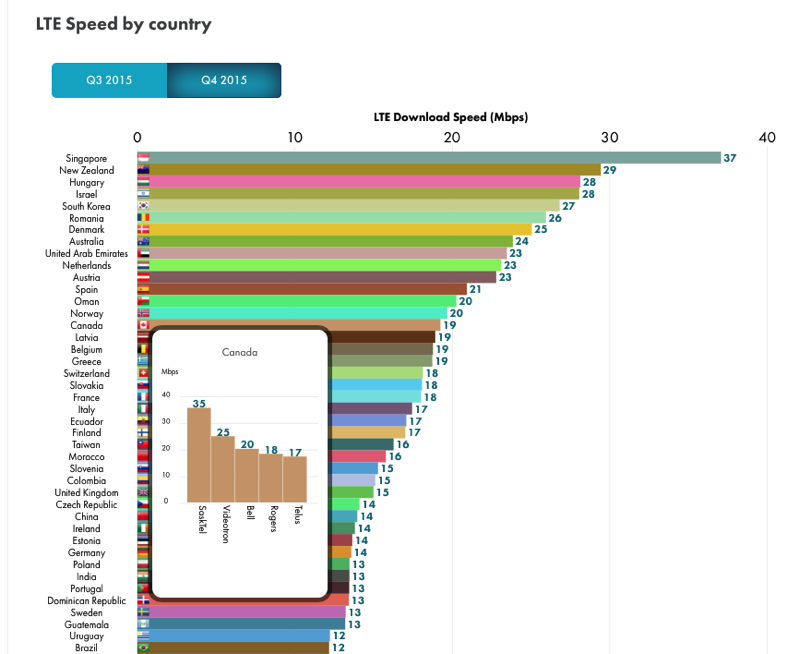