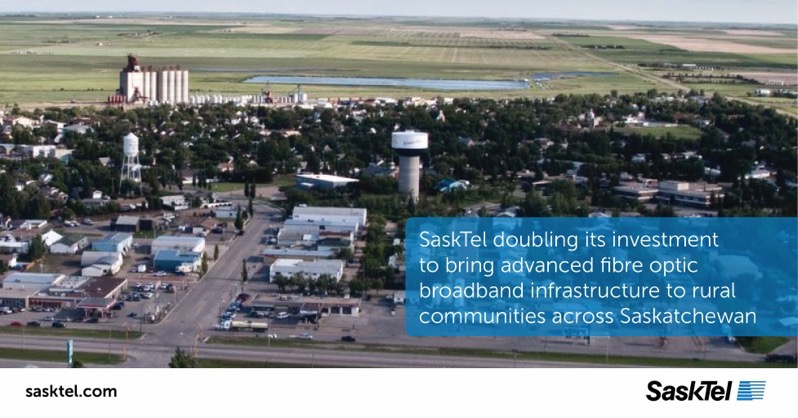 SaskTel announced on Friday it plans to double its investment for its Rural Fibre Initiative, from $50 million to $100 million.

According to the Saskatchewan crown corporation, the extra investment will expand fibre optic broadband to 24 more rural communities by the end of 2023, targeting over 30,000 more residents and businesses.

“Expanding access to leading-edge broadband technology is critical in preparing Saskatchewan for its future,” said Minister Responsible for SaskTel Don Morgan in an issued statement.

“As so many of us have adapted to online learning and new ways of working, we have become ever more dependent on high speed internet services.  This major investment by SaskTel will help set the stage for Saskatchewan’s future and ensure that our province is ready for the post-COVID world with the most advanced communications infrastructure available.”

The Rural Fibre Initiative is a multi-phase program that was originally announced back in December 2020. It plans to expand SaskTel infiNETservice to over 40 rural Saskatchewan communities by the end of 2023.

The first three phases of the Rural Fibre Initiative include the following communities below:

Phase 4 will see the extra $50 million invested to expand fibre to 24 extra communities, with specific locations to be made at a later date.

Once complete, the Rural Fibre Initiative will see close to 75 per cent of the population of the province will have access to its fibre optic broadband network. As for the remaining residents not included, SaskTel says it plans to issue a Request for Information (RFI) to see if other contractors can target the others not part of the Rural Fibre Initiative (maybe Starlink?).