Shaw has released their 2019 Internet pricing for students, offering discounts for those attending post-secondary.

The company’s website currently lists two plans: Internet 100 and Internet 300. Both include Advanced WiFi Modems and allow up to 10 Shaw Go WiFi devices. 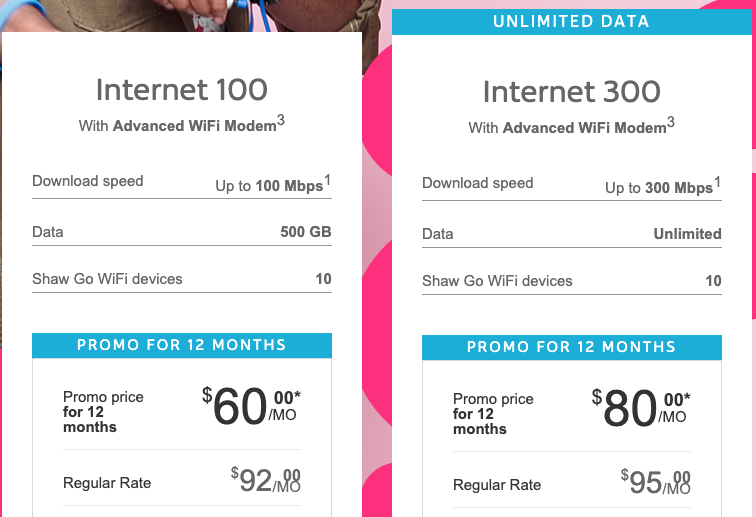 The price for these Shaw Internet promos for students have slightly increased in price compared to last year, but the discount has been extended to 12 months, instead of 8 months.

Telus hasn’t posted its student promo pricing for internet yet, but previous prices were listed at $40 for 75 Mbps or $70 for Internet 300/300, with special pricing for 8 months only.

Shaw’s website currently lists Internet 100 is $75/month on a two-year term, while Internet 300 is a  $90/month on the same term, so these student prices are cheaper than normal. Perks of living like Van Wilder, eh?