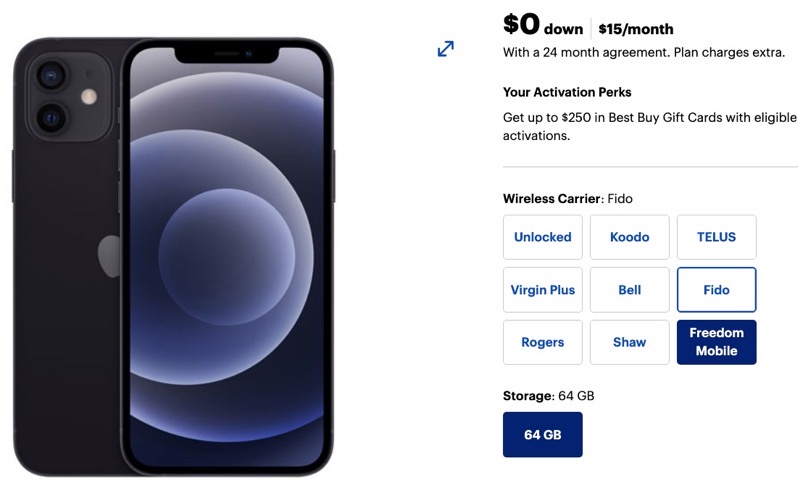 Now, it appears the deal for an iPhone 12 from Freedom Mobile at the electronic retailer has got a bit sweeter.

Of course, there are caveats to this deal. You should be in an area of good Freedom Mobile coverage, which can be hit or miss. You need to sign a 24-month term, plus Apple is expected to launch its ‘iPhone 13’ lineup in September, so there could be even better deals coming (plus, who wants to be seen with an ‘old’ iPhone? #kidding).

Rogers's President of Integration, Dean Prevost, accidentally revealed during a Competition Tribunal hearing against Canada's Competition Bureau on Thursday that he is set to receive a $2 million bonus if the company's proposed $26 billion acquisition of Shaw Communications goes through — reports the Hanna Herald. This figure had previously been confidential but slipped out...
Nehal Malik
3 hours ago

Shaw Communications CEO Bradley Shaw told the Competition Tribunal on Wednesday that it was "extremely difficult" for the Shaw family to give up the business and agree to Rogers's proposed $26 billion takeover of the company (via Financial Post). Canada's fourth-largest telecom operator has been a family affair since its inception. Bradley Shaw took over as...
Nehal Malik
6 hours ago

Canada's Competition Bureau on Tuesday refuted Shaw's claims of not having "a viable path forward" if its proposed $26 billion takeover by Rogers fails — reports BNN Bloomberg. While cross-examining Shaw CFO Trevor English in a hearing before the Competition Tribunal, the Bureau argued that the telco is in a pretty comfortable spot financially. The competition...
Nehal Malik
1 day ago