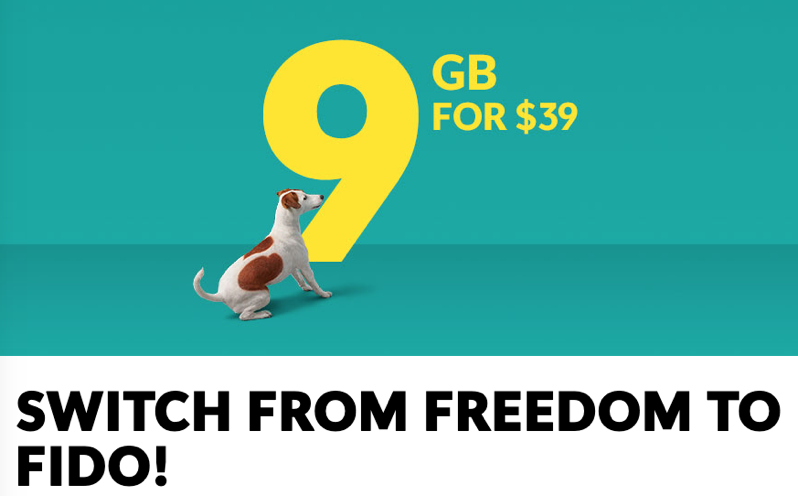 Rogers owned Fido has launched another promotion targeting Shaw’s Freedom Mobile customers. The latest offer comes in the form of a $39 plan with 9GB of data.

It’s too bad this is only for 24 months, but again, if you’re on bring your own device, you can leave at anytime to a better plan.

Some Freedom Mobile customers received a text message yesterday indicating a free 5GB data bonus as a gift, which apparently looks like a move to counter this offer from Fido. You can also get 10GB of free data from Freedom Mobile right now as well, if you ask for it (most people were able to get it).

Currently, the Freedom Mobile website has promo plans such as a $35/11GB offer and $40/14GB for BYOD Freedom Plans, as these look to counter offers from Fido.