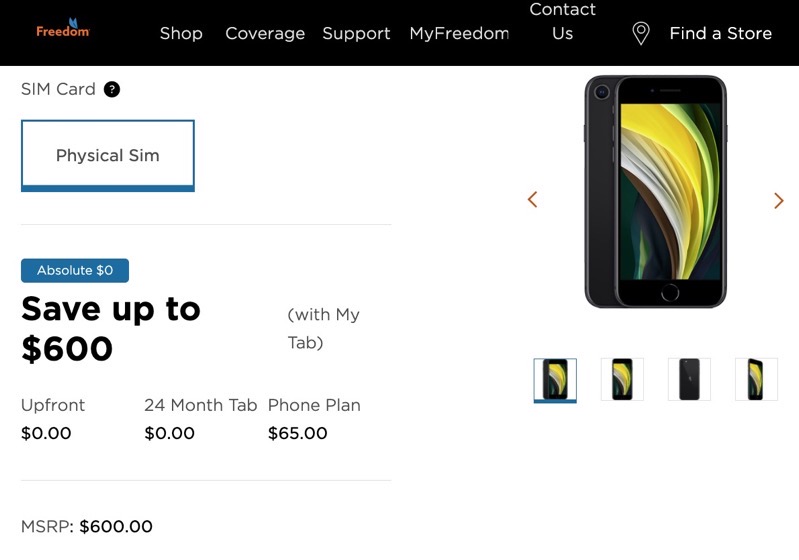 The plan included is the unlimited “Big Gig Unlimited + Talk 20GB Special”, which has 20GB of Freedom data and 1GB of Freedom nationwide data, to go with unlimited talk and text.

Another way to look at this promo? Since the phone is ‘free’, if you take into account the $600 cost divided over 24 months, that’s $25/month you’re paying for the phone and $40/month for a plan with 20GB and unlimited talk and text.

Freedom Mobile says “a one-time connection fee of up to $20 may apply. Connection fee waived for existing customer upgrading online.”

If you have decent coverage from Freedom Mobile then this may be worth considering for a 2020 iPhone SE, powered by the A13 chip found in the iPhone 11 Pro. It’s unclear when this promotion will expire but RFD suspects it may go until the end of August.