Freedom Mobile has launched a new 10 Days of Giveaways contest, offering up daily cash prizes plus a donation to a charity of your choice. 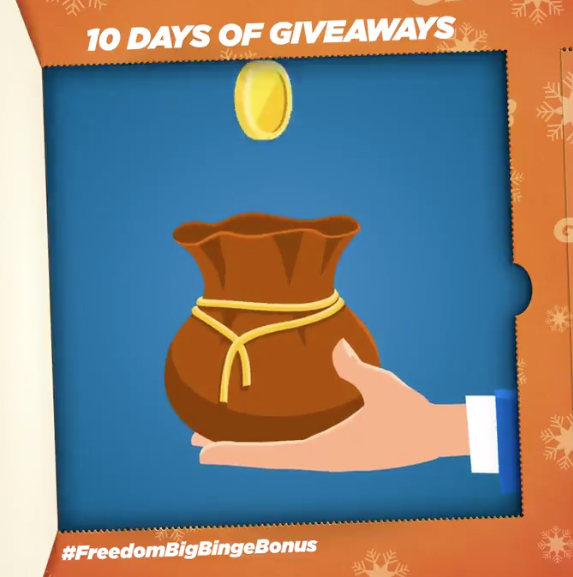 The company says, “All eligible residents of Canada (excluding Quebec) who follow our Facebook, Instagram or Twitter posts and respond to the daily contest prompts with the hashtag #FreedomBigBingeBonus will be entered in a draw for a chance to win one of ten daily cash prizes as well as a cash prize for a charity of their choice.”

Freedom Mobile says each daily prize will be matched to a charity of the daily winner’s choice.

“Canadians deserve to connect with friends and family without worrying about expensive data overages,” said Paul McAleese, President, Wireless, Shaw Communications, in an issued statement to iPhone in Canada. “We want to shine a spotlight on the ways people use their devices differently when they have an abundance of data. Our contest helps underscore the true value Freedom Mobile provides Canadians while giving them the opportunity to win great cash prizes and donate to charity.”