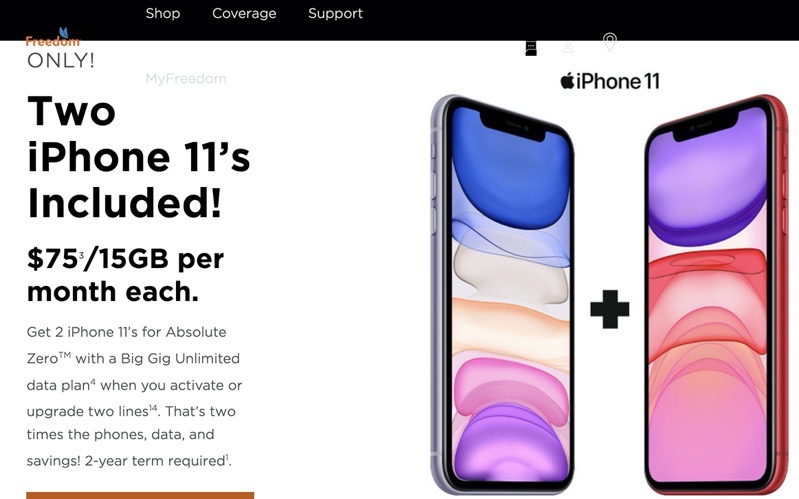 With Freedom Mobile’s Absolute Zero phones, you get them for $0 upfront and a $0 monthly MyTab charge and $0 extra after your two year contract.

Apple.ca sells the iPhone 11 starting at $979. If you divide this cost over 24 months, that works to $40.79 per month. The rest of your phone plan works out to $34.21 for 15GB with unlimited nationwide calling and minutes.

This offer is available in-store only and is for a “limited time” only.