As expected, Shaw’s Freedom Mobile has launched VoLTE and Extended Range LTE for iPhone users, with the release of iOS 12.1 today.

After updating to iOS 12.1 on your iPhone, you should see a prompt to install a carrier update when you to Settings > General > About on your iPhone. After the update is installed, your Carrier Update version should read 34.1.

From here, you can go to Settings > Cellular > Cellular Data Options > Enable LTE > Voice & Data > ON 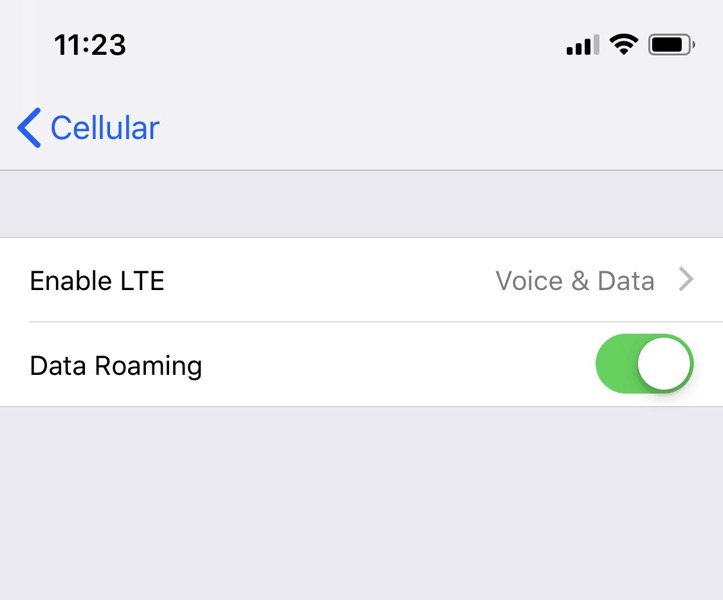 With VoLTE (Voice over LTE), it allows for both simultaneous voice and data use over LTE networks, resulting in quicker call connections and improved call quality. Extended Range LTE takes advantage of Freedom Mobile’s recent deployment of their 700 MHz spectrum, which can penetrate walls better to offer better reception in places like basements, parkades and elevators.

According to iPhone in Canada reader and Freedom Mobile iPhone user, Nyk0n, he says “Calls connect quicker and voice quality is dramatically better. B13 otherwise known as extended range LTE is still slow (8mbps down and 0.89mbps up),” further adding “That will increase once band aggregation is added (a few sites have that already).”

Freedom Mobile documentation says iPhone users will require a 6 or 6A SIM card for VoLTE and Extended Range LTE. You can get a free swap at a Freedom Mobile retail location. You can also update your Profile 6 SIM card by texting “SIM” to 40001.

Did you install the 34.1 Freedom Mobile carrier update? If the update is not popping up for you, ensure you’re on iOS 12.1, and try rebooting your phone or disabling Wi-Fi Calling, as possible remedies to get the update.