Shaw’s Freedom Mobile has brought back their “limited time” promo plans, yet again. We’re referring to the $40/6GB and $50/8GB LTE plans that have been offered every weekend for the past month, as they have returned.

These unlimited nationwide promo plans are available today until Monday. Here they are again, to recap: 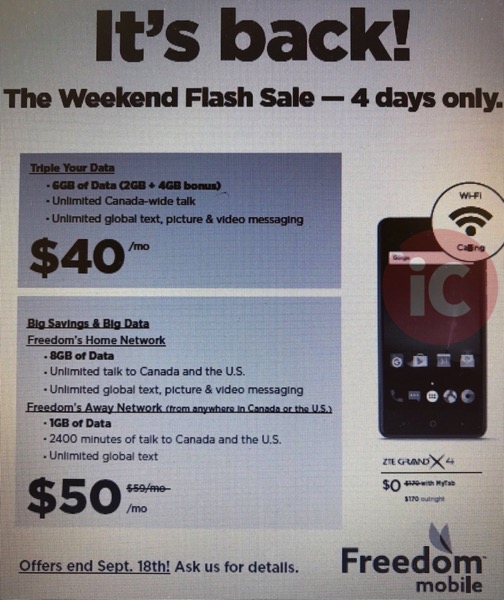 Apple’s new iPhone 8, iPhone 8 Plus and iPhone X will support Band 66 AWS-3 LTE, which is a good sign for Freedom Mobile customers, as that means these phones should work on the network. If you’re buying an unlocked iPhone 8 or iPhone X, let us know how it goes.