Shaw’s Freedom Mobile is bringing back another weekend sale, again offering $40 and $50 monthly plans with 6GB and 8GB of data, respectively. The sale will take place starting tomorrow, Friday August 25, to Monday, August 28, according to internal documents obtained by iPhone in Canada.

Here’s what you can get: 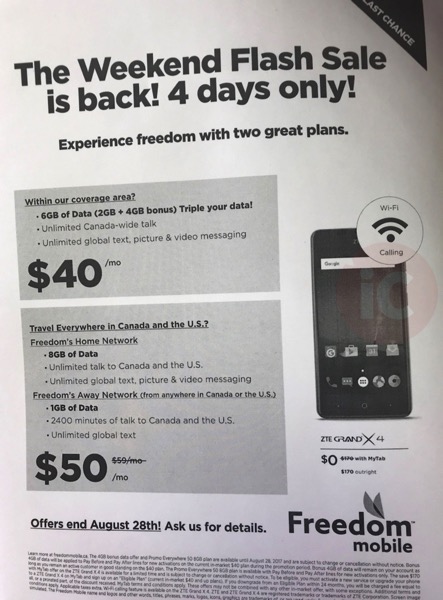 Freedom Mobile’s AWS-3 LTE network does not support the iPhone yet, but next month’s iPhones may include support for the network.

This weekend sale marks the second week it’s being offered, and it’s to nobody’s surprise given back-to-school shopping is in full swing.