No, this isn’t #fakenews, but Freedom Mobile has yet again brought back their promo $40/6GB and $50/8GB plans, as part of their “Big Gig Event”, but this time, according to the carrier, is the “final 4 days”.

The company has had this ongoing weekend promo every weekend for almost a month now, with each time saying it’s always a limited time only event. When will it actually end? 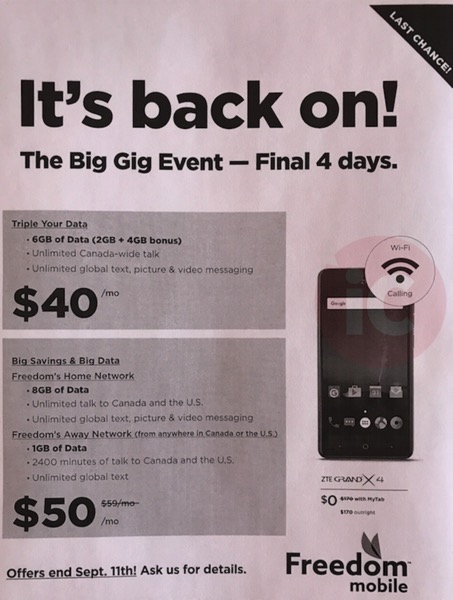 Both plans feature unlimited Canada-wide calling and global text, with the $40 plan getting 6GB of data, while the $50 plan has 8GB of data, plus also includes Freedom’s Away Network (Canada/USA), which includes 1GB of data, 2400 minutes of talk and global text.

Freedom is betting on Apple’s newest iPhones to support their Band 66 LTE network, otherwise there’s no point switching if they can’t support the popular smartphone.