Freedom Mobile has brought back their weekend promo plans again, but this time they’re being extended longer and dubbed part of their “Fall Data Event”. 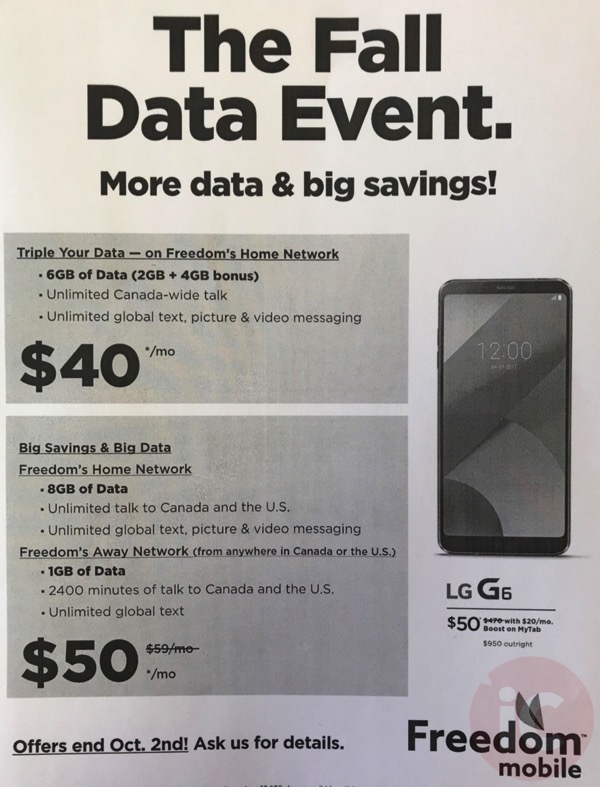 With iPhone 8 and 8 Plus launching today and supporting Freedom’s Band 66 LTE (and iPhone X), many users are already testing their iPhones with the company’s network.

Rogers on Thursday filed an official objection to the Competition Bureau's request to delay a tribunal hearing into the company's planned $26 billion CAD acquisition of Shaw Communications — reports Reuters. Back in May, the Competition Bureau petitioned the federal competition tribunal to block the Rogers-Shaw deal over concerns it would decrease competition in Canada's...
Nehal Malik
5 days ago