With Boxing Day just one week away, wireless carriers are releasing their Boxing Week deals, including Shaw’s Freedom Mobile.

According to documentation seen by iPhone in Canada, Freedom Mobile is offering a 5GB data bonus on its Big Gig plans with unlimited data, available now (does not apply to Canada/USA plans).

Here are what the bring your own device (BYOD) prices look like, starting at $50/15GB: 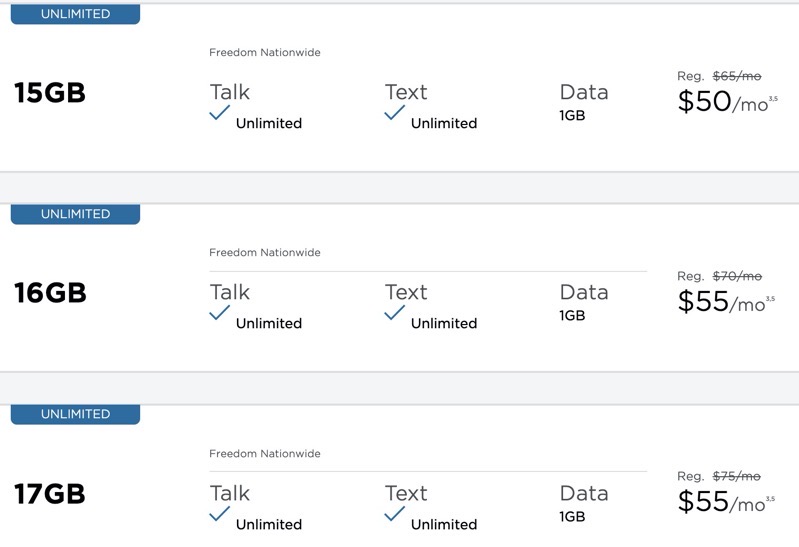 Freedom Mobile is also introducing a new rate plan called ‘Promo Freedom 1GB’, which is the same as the Freedom 2GB plan, but is $10 cheaper at $30 (after Digital Discount). It is available starting today and includes unlimited nationwide calling and international SMS/MMS. So the plan works out to $30/2GB, which may appeal to casual smartphone users.

As for plans with iPhones, Freedom is advertising the iPhone 11 with a $79/9GB plan (includes $29/month MyTab charge), while the iPhone 11 Pro Max is available with a $99/9GB plan on a two-year term.