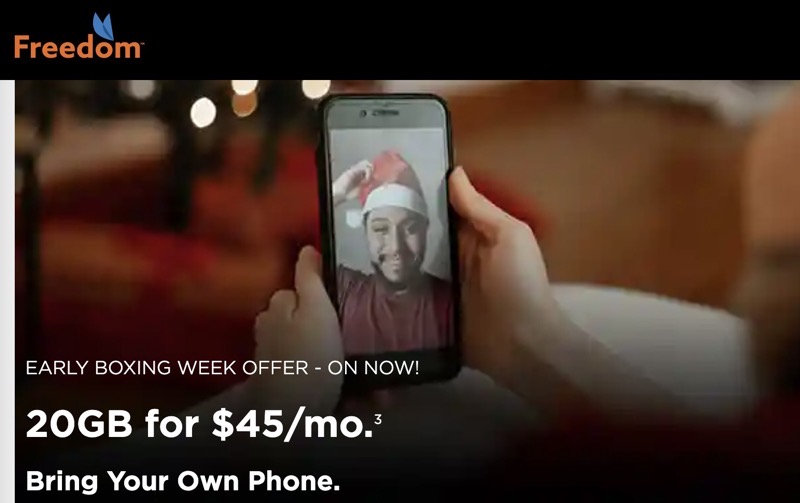 Freedom Mobile has launched what it’s calling an “early boxing week offer”, in the form of a $45 per month plan with 20GB of data.

“Save up to $10/month for 12 months on select plans when you Bring Your Own Phone to Freedom! Price above includes monthly savings and Digital Discount. Available in-store only,” explains the company’s website.

Big 3 wireless carriers are offering 20GB of ‘unlimited’ data for $75 per month, which is $30 more than what Freedom Mobile is offering here.

It’s not even Christmas yet and the Boxing week deals are already rolling out. If you’re in an area of good Freedom Mobile coverage, this might be worth considering.