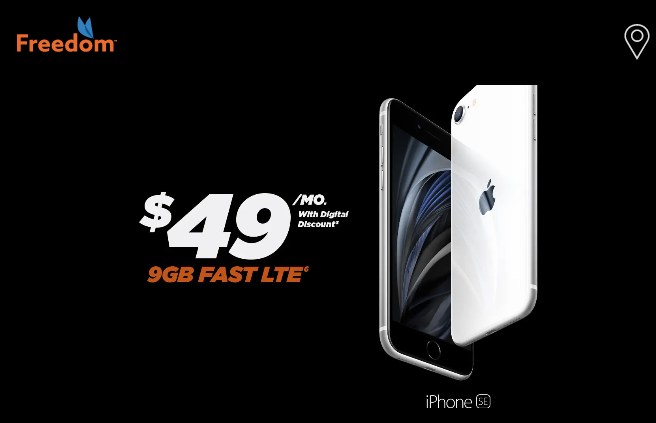 Freedom Mobile has launched a limited-time promo offering Apple’s iPhone SE for $0 upfront with a $49 plan with 9GB of data.

“Bring Your Number and Save!”, reads the Freedom Mobile website. “Tired of Being excluded from your phone company’s best offers? Come to Freedom and get 9GB of Fast LTE Data and iPhone SE (64GB) included for only $49/[month],” explains the company.

In order to get the offer, you will be required to sign a two-year term and it’s only available in-store.

If you’re looking to get a new iPhone SE, this is definitely a decent deal, if you’re in an area with good Freedom Mobile coverage. Previously, we’ve seen Freedom offer the iPhone SE for $0 upfront with a $60/20GB plan.