Below are the two promo plans available: 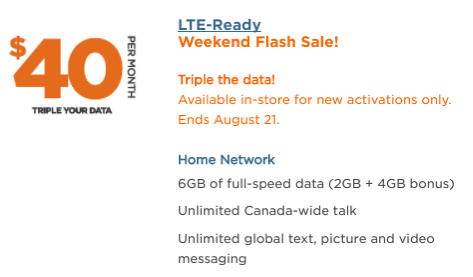 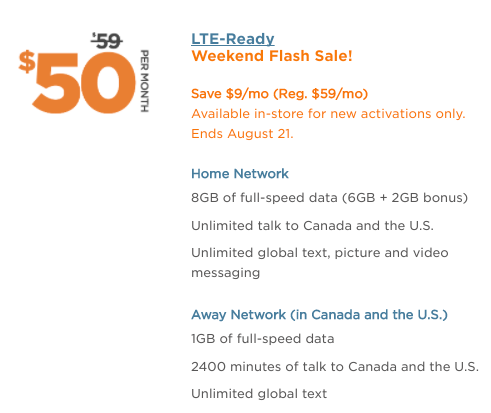 If you’re in areas of good LTE coverage from Freedom Mobile, these are decent offers. All we are waiting for is an iPhone that will support AWS Band 3 LTE.

Freedom Mobile says these deals are only available in-store for new activations only, however one user on RFD was able to switch to the plan as an existing user, so your mileage may vary.