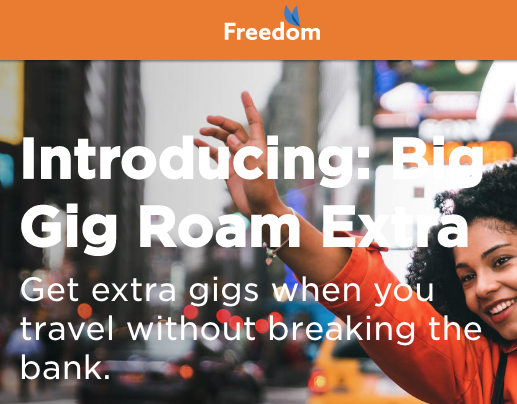 International roaming is usually cheaper if you pop a local SIM card into your phone with a local plan. But if you can’t be bothered, these Big Gig Roam Extra plans are an option.